New Delhi : Hindus in Russia Wednesday won a major legal battle when a court in Siberia dismissed a state prosecutors’ case seeking a ban a Russian translation of Bhagavad Gita.

The higher court in Tomsk, where the state prosecutors had filed an appeal, upheld a lower court verdict delivered in December dismissing the case.

“We have won the case. The court has dismissed the state prosecutors’ appeal,” an elated Sadhu Priya Das, a devotee of the ISKCON (International Society for Krishna Consciousness) in Russia, told IANS over phone from Tomsk. 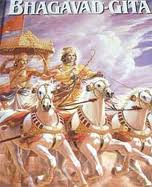 Anxiety gripped the 50,000-odd ISKCON followers in Russia after the state prosecutors appealed in February against the Dec 27 verdict that went against their petition to ban the Russian translation of the book by the ISKCON founder.

‘Bhagavad Gita As It Is’ has been translated in over 50 languages.

The case relates to Tomsk state prosecutor’s filing a petition in June 2011 seeking a ban on a Russian translation of “Bhagwad Gita As It Is” written by A.C. BhaktivedantaSwami Prabhupada, founder of ISKCON, claiming that it was “extremist” in nature and spread “social discord”.

“The appeal case was dismissed,” ISKCON international chief Bhakti Vijnana Goswami, who is on a worldwide tour, said in an e-mail reaction to the verdict.

Commenting on the Tomsk higher court’s decision, India’s ambassador to Russia Ajai Malhotra said: “I welcome the verdict of the district court in Tomsk.

“It is good that the decision of the lower court in this matter has been reaffirmed. I trust this issue is now conclusively behind us.”

The case triggered an uproar in India, rocking parliament for two days, with MPs cutting across party lines asking the government to use its diplomatic skills to get the issue resolved.
IANS