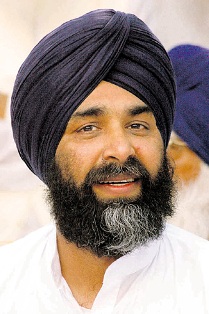 Chandigarh : Any hopes for a third front in Punjab’s electoral politics were shattered as results to the 117 assembly seats were declared Tuesday.

Former finance minister and People’s Party of Punjab (PPP) president Manpreet Singh Badal, who broke away from his uncle, Chief Minister Parkash Singh Badal, in October 2010 to chart his own political course, was comprehensively decimated.

The PPP even failed to open its account in the Jan 30 assembly elections, the reults of which were announced Tuesday.

The Shiromani Akali Dal-Bharatiya Janata Party (SAD-BJP) combine went on to create history in Punjab by becoming the first government to return to power for a second consecutive term in over four decades. The Congress, which was highly hopeful of coming to power this time, was forced to again sit in the opposition.

Manpreet’s worst fears, which may have compelled him to contest from two assembly seats this time, saw him not only being defeated but finishing a poor third in both seats – Maur and Gidderbaha.

“Manpreet has committed a Himalayan blunder (by leaving the Akali Dal) and committed political suicide,” Parkash Singh Badal said about his nephew’s complete political annihilation in the election.

What may have stunned Manpreet and his supporters was the fact that Gidderbaha has been his traditional assembly seat. He had won from here four times.

In Gidderbaha, Manpreet was trounced by a political greenhorn, Congress candidate Amrinder Singh Raja Warring. Manpreet finished third here, trailing by over 18,000 votes from the victor.

Manpreet, who was due to meet the media around noon Tuesday, did the vanishing act for most part of the day as the trends and results came in.

His father, Gurdas Badal, 81, who contested against his own elder brother, Parkash Singh Badal, 84, in what the media termed as the “mother of all battles” in Punjab’s Lambi assembly seat, could not even save his security deposit.

While Chief Minister Parkash Singh Badal won by a big margin of over 24,000 votes over his cousin and Congress candidate Maheshinder Singh Badal, Gurdas Badal finished a poor third with just 5,352 votes being polled for him. Against his elder brother, the margin for Gurdas’ defeat was a massive 62,600 votes.

After launching the PPP last year, with a number of leaders joining him, Manpreet tried to project a different and clean political ideology, especially to attract youth in Punjab to his fold. He launched his party from martyr Bhagat Singh’s ancestral village – Khatkar Kalan.

But clearly, his was not to be.
IANS