Shimla: Industrial slowdown on account of withdrawal of incentives and lowest fruit crop production in eight years has hit growth in the hill state and is projected to drop to 7.6 percent in the current fiscal from the 8.8 percent achieved last year.

The economic survey tabled by the chief minister Prem Kumar Dhumal today also showed that the states own taxes mop up were also likely to fall short of budget estimates. 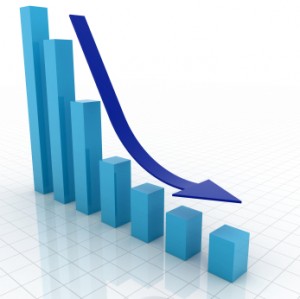 Whereas the 2011-12 budget estimates had projected state revenues which included taxes at Rs 4,040 crore, but till November only Rs 2394.89 crore had been collected leaving a gap of Rs 1645.11 crore to be bridged in four months. Last year the tax revenues were 3407 crores.

The shortfall in state revenues is expected to be in power receipts which had to be sold at lower rates compared to the previous year because of low demand, said an government official.

Though the state has a hydropower generation potential of 23,000 MW but only 7,913 MW of power has been tapped so far.

Fruit production projected at 3.29 lakh tons, a decline of 70 percent (10.28 lakh tons) over the previous year would be the lowest in eight years with the main fruit crop of apple expected to be just 2.75 lakh tonnes against 8.92 lakh tonnes in 2010-11.

However, production of food grains has shown an upward trend with estimates for the year put at 15.59 lakh tons whereas last year it was 14.94 lakh tons. In 2009-10 the food grain production was 11.11 lakh tons.

The primary sector during 2010-11 witnessed positive growth rate of 16.3 percent due to congenial weather. But in the secondary sector, especially manufacturing, the growth remains stagnant in this year, the report states.

With there being 2150 hotels registered in the state having a bed capacity of 56,023, there were 1.51 crore tourists, the highest number in any year came visiting in 2011 and contributed significantly towards growth of the sector. I