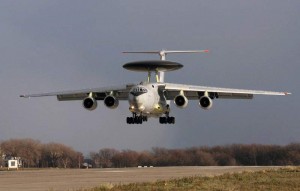 The Indian defence expenditure for the financial year 2012-13 has been budgeted at a fairly high figure of Rs.193,407 crore (budgeted expenditure, or BE) which converts to $38.5 billion and is not unreasonable — but is well below China’s corresponding figure of $100 billion. However, to get a true sense of how this translates into tangible Indian military capacity, this allocation is to be seen in relation to the revised expenditure (RE) for the last fiscal that was announced as Rs.170,937 crore ($34 billion). The increase thus is of the order of 13 percent from the actual amount spent in 2011-12.

However, this is only one perspective, for the BE for 2011-12 was Rs.164,415 crore ($32.7 billion) and this was revised by over Rs.6,000 crore to reach almost Rs.171,000 crore. The Indian defence expenditure is broadly divided into two heads – the revenue and capital components – with the latter accounting for acquisition of new equipment and inventory items, as also modernisation of existing platforms. Ideally, a 50:50 ratio, or even a marginally greater amount for the capital head, would be the most desirable norm – but in the Indian case, since the military machine is largely manpower intensive, the opposite pattern prevails – meaning that the revenue component is higher.

Thus for the current fiscal – 2012-13 — the total revenue expenditure is budgeted to be Rs.113,829 crore, while the total capital outlay is pegged at Rs.79,578 crore. Paradoxically, in the last fiscal, 2011-12, the capital expenditure was planned for a total of Rs.69,199 crore – but the actual expenditure as announced in the budget documents presented on March 16 was of the order of Rs.66,143 crore. In other words, the defence ministry surrendered Rs.3,056 crore as unspent from its capital head – and this is reflective of the inability to arrive at swift and objective decisions that will contribute to laying a strong foundation for capacity-building of the Indian military profile.

But then the question that arises is where did the increased expenditure occur over the last year? The increase from BE to RE for the last fiscal, 2011-12, is of the order of Rs.6,522 crore and this was expended in the revenue component, which along with the unspent capital amount of Rs.3,056 crore offers an insight into the trends that characterise India’s defence expenditure.

The lack of a clear strategic focus is evident when the spending pattern of the last decade is examined in some detail. On the one hand, the revenue expenditure is closer to 60 percent against the capital head, even when allocated amounts remain unspent – except in the last fiscal – which was an exception to the general trend. The lack of a strategic underpinning is evident when a very anomalous situation obtains, in that capital funds are returned as unspent when the Indian military across the board is in dire need of modernisation of critical equipment and platforms.

For instance, the Indian Army has been seeking to replace the old Bofors gun – the mainstay of the artillery for well over a decade — but to little avail. Given the kickback allegations and related political scandal going back to the Rajiv Gandhi years (mid-1980s), the Indian higher decision-making system remains inert or is in eternal slow motion. Thus 25 years after the Bofors scandal broke and a decade after the Kargil War, the Indian Army is yet to get a replacement for its artillery gun!

Decision-making remains paralysed since the major political parties have chosen to attack one another over corruption and transgression issues – from Bofors to coffin scams – and as a result, India’s military capacity has glaring gaps. Defence expenditure and budget allocation is held accountable to strict compliance with audit regulations and fear of politically-motivated investigations and hence no senior official in the Ministry of Defence wants to take long-term decisions that will benefit national military capability-building.

Since the end of the Cold War in 1991, Beijing has set itself the task of acquiring credible indigenous design and production capabilities in the defence and military domain – and also utilised its domestic industrial base to advantage. India, on the other hand, has the dubious distinction of becoming the world’s leading arms importer over the last decade. Much of the funding from the capital head goes to foreign suppliers and over the last 20 years, Indian funding has proved crucial to the very survival of certain defence industries — first in Russia and now in France.

It is regrettable that the defence expenditure is rarely discussed in parliament despite being a reasonably large amount – and where debates do occur, they are zero sums games between bitter political opponents.

It merits recall that over the last decade, two high-powered committees have rendered their reports – the Kelkar and the Rama Rao panels – about the challenges to India’s acquisition procedures and the need for a rigorous defence public sector/DRDO review. However, both reports remain shrouded in secrecy – and have not come up for detailed discussion in parliament or in the national trade and commerce chambers.

If examined in an objective manner, where everyone is a stakeholder in contributing to national security, some embarrassing truths will be revealed. More than 60 years after becoming a republic and 50 years after the debacle with China, the opaque Indian defence production establishment does not produce high-quality clothing and personal inventory items like boots – let alone a suitable rifle for a one million army, or tanks and aircraft. The question that Defence Minister A.K. Antony may like to ask is why the stoic Indian jawan still buys his uniform from the market and shuns what the government provides?

Fiscal allocations by themselves tell a partial story. Creating appropriate military capacity requires a certain degree of political commitment and institutional integrity that appear elusive in the Indian context.

(20-03-2012 – Commodore (Retd) C. Uday Bhaskar is one of India’s leading strategic analysts. He can be contacted at [email protected])