History beckons China’s President Hu Jintao during his India visit if he sheds entrenched antipathies and chooses to directly engage the Dalai Lama with a specific intention of initiating the process of resolving the festering problem of the Tibetan region that is in turmoil and have been aflame with self-immolations, that spread to Delhi Monday with a 26-year-old youth setting himself on fire. 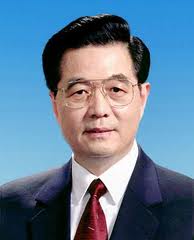 Although Hu is visiting to attend the 4th summit of Brazil, Russia, India, China, South Africa (BRICS) on March 29, its sidelines are fraught with an opportunity for him to make a statesmen-like gesture by meeting the Dalai Lama.

With 29 self-immolations in the past one year of which 22 have been fatal and seven in the past three weeks alone, Hu could soothe the growing unrest in a region which he once controlled with an iron fist as the political commissar of the People’s Liberation Army units. He was also the Communist Party’s Regional Committee Secretary of the Tibetan Autonomous Region (TAR) in 1988. If there is one individual in the Chinese establishment who could make a bold gesture on Tibet, it is Hu.

Seven years younger than the Dalai Lama, President Hu has the political and administrative weight to break some outdated moulds and at least initiate the process of direct engagement with the Tibetan leader. Realistically, there is no prospect of the meeting taking place of course, but that is precisely where it requires the Chinese leader to do something entirely unexpected. Starting later this year and over a period of six months Hu is expected to give up at least two of his three powerful positions as president of the People’s Republic of China, chair of the Central Military Commission, and party secretary of the Chinese Communist Party (CCP). There could not be a more opportune time for him to exercise gumption.

While Hu is not known for dramatic gestures and has distinguished himself throughout his long career as a low-key and solidly grounded political figure, there is nothing intrinsic reason to stop him from doing something out of the ordinary. No one expects a single Chinese leader, even someone of Hu’s unquestionable consequence, to even begin to wind down decades of Sino-Tibetan animus. However, from all indications Tibet appears only tenuously welded to China; and the rash of self-immolations are seen to incinerate Beijing’s idea of harmony.

The self-immolation of 26-year-old exiled Tibetan activist Jamphel Yeshi on the streets of Delhi in the run-up to the Hu visit this week serves as a macabre reminder to both the Chinese leader and India’s Prime Minister Manmohan Singh that things can go out of control very quickly. China has officially described the Tibetan self-immolators as “terrorists” acting under a pernicious external influence. The description might satisfy the narrow official purpose of how to treat this deeply disturbing means of protest, but it is unlikely to address the broader challenge of putting a lid on the growing restiveness. It is in this context that President Hu should seek out the Dalai Lama for a one-on-one meeting.

Over the last six decades Beijing has with some manifest success pushed Tibet into a tight territorial and cultural integration but frequent outbursts of protests over the years have shown the assimilation is nowhere close to being as harmonious as it would have the world believe. With the Dalai Lama having long emphasized meaningful autonomy for Tibet within China as opposed to complete independence and steadfastly pursued a peaceful and nonviolent middle-path, it is time for Beijing to yield some ground rather than sticking to its tired out of hand rejection of the Tibetan leader.

President Hu ought to be aware of the rise of a youthful and genuinely independent and democratic polity under Lobsang Sangay as the Tibetan prime minister-in-exile. By divesting political powers specifically invested in the person of the Dalai Lama to the new elected leadership, Tenzin Gyatso has already sent a strong signal to China that he would remain only a spiritual face of Tibet who has no intentions of controlling the lives of close to six million Tibetans.

From the Indian perspective the Hu visit also offers Manmohan Singh an extraordinary opportunity to make a lasting contribution to the decades-old problem. Perhaps the Indian prime minister too can spend some of his own political capital on bringing Hu and the Dalai Lama together.