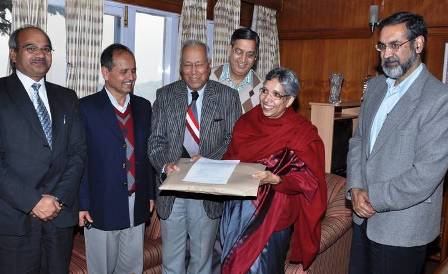 Shimla: Set up to unravel the controversy about Benami land deals, the one man commission headed by retired judge DP Sood today submitted it report to chief secretary Rajwant Sandhu.

The commission was set up on 21st June, 2011 by the state government to look into the benami transactions that had taken place under H.P. Tenancy and Land Reforms Act, 1972 with effect from 1st January, 2003 to 31st March, 2011.

The commission received 262 complaints which were looked into by it, said a government spokesman.