Shimla: Communist Party of India (Marxists) lashed out at the BJP government saying that it was not proactive enough to protect farmlands from wild animals and was turning a blind eye to corruption issues surfacing in the state.

Speaking to the media Rakesh Singha, general secretary CPI(M) said that famers and other consumers in Theog were on an indefinite hunger strike for the past month as the gas agency supplying cooking gas in the area was not only charging them higher rates but it was a scam being played out on them since October, 2010.

Firstly the gas storage godown was shifted out from Theog to a Shimla suburb on filmsy grounds and those consumers who went to the agency outlet to exchange their empty LPG cylinders for filled ones were being extra charged Rs 57 per cylinder which otherwise has to be given a discount to market rates, he said. 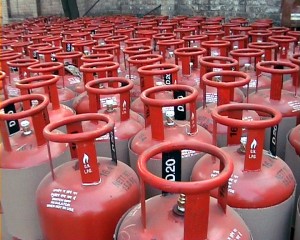 Singha added that other than black marketing of LPG cylinders, just by overcharging the 23,900 consumers with the agency, in 17 months the gas agency in connivance with government owned Civil Supply Corp had overcharged to the tune of over Rs 70 lakhs from the Theog consumers and pocketed it.

Holding that the party had not faith in the state investigative agencies that was shown in the Sher Singh, drug controller case who was only convicted through judicial intervention, Singha demanded, “only a judicial inquiry can unearth the scam played out as the entire administration was politicized.”

Rural indebtness having reportedly caused a farmers suicide in Hamirpur district, CPI (M) today slammed the government over its failure to protect farmlands from wild animals, something that had prominently figured in the election manifesto of BJP in 2007.

Farmers are an agitated lot for being given a raw deal, said Kuldeep Tanwar, member secretariat CPI(M) who was present on the occasion

“In days to come we intend to intensify all farmers agitations against issues such as farmlands rendered fallow because of monkey menace or agricultural lands being used for exploitation of hydel power,” he said.

Referring to the suicide by one Mohar Singh, a dalit farmer in Hamirpur district, Tanwar said insensitivity to growing problems of farmers was evident as he allegedly took the extreme step because farming had turned unsustainable due to families inability to protect crops from wild animals making it difficult for the farmer to pay back a loan that he had raised from a bank.

Holding the monkey sterilization program as too slow to get any tangible results for the farming community in 30 years, the communist leader said that the controversial was only being used to placate agitated farmers and garner votes.

Tanwar went onto say that the government had not challenged the High Court’s interim order of disallowing a monkey cull in the Supreme Court nor had it succeeded in getting permission for exporting simians for medical research purposes.

The monkey sterilization program that has been scaled up in election year is only a last minute effort to placate farmers to get their votes. In three years only about 50,000 monkeys have been sterilized in a haphazard manner and by announcing opening of another 23 sterilization centre a target of 1 lakh by June in nothing but a political, he said.