Shimla: Comptroller & Auditor General of India (CAG) has disputed the HP State Electricity Board (HPSEB) balance sheet and pointed out that several irregularities and accounting errors that has understated accumulated deficits by as much as Rs 308.74 crores as on 13 June, 2010. 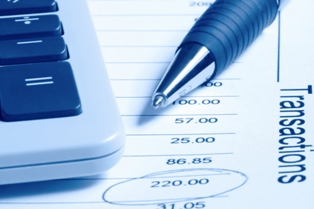 While the board’s balance sheet with an asset value of Rs 8569.28 crore showed the deficit at Rs 505.13 crore, the CAG scrutiny of accounts has pegged it at Rs 803.57 crore for the period.

Commenting on the accounts and balance sheet report that was laid in Vidhan Sabha recently, the auditor observes, considering the size and nature of business of the board, the internal audit coverage was not adequate.

CAG pointed that Rs 32.19 crore shown as costs for CFL bulbs purchased that had completed their life of 6000 hours and placed under deferred cost head actually understates the deficit by that much amount.

An amount of Rs 49.70 crore shown as upfront subsidy receivable from the government, which the state did not approve had resulted in overstatement of the head, the auditor comments.

Power purchased worth Rs 49.50 Crore from Power Trading Corp, NTPC and others as well as captive power worth Rs 37.34 Cr purchased from 5 industrial consumers to meet supply shortfalls had not been shown under power purchase head.

Whereas the boards balance sheet showed Rs 11.73 crore as transmission and distribution (T&D) losses incurred on sale of the royalty free power made available to it by the state government, CAG has pointed out that rate of free power royalty was calculated after adjusting T&D losses.

An amount of Rs 12.74 Cr incurred on survey and investigation of three abandoned hydel projects recorded as expenditure should have been written off, the auditor comments.

Assets worth Rs 3.89 crore that have been either been damaged or washed away due to floods or have been stolen, were still being shown in the board books since July 2005.

An Rs 25.87 lakh amount shown recoverable for 4 to 20 years from ex-employees, whose whereabouts were not known, has been pointed out. An asset worth Rs 9.74 Crore was created by the board on a land piece that does not belong to it.

The auditor also noted that asset registers were either not maintained or updated in field offices since 1985-86.