Shimla : Himachal Pradesh on Monday has proposed a Rs 3700 crore annual plan for the next fiscal year .This is over 12 per cent more than last yearâ€™s plan of Rs 3300 crore . 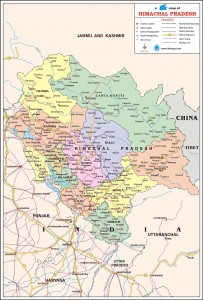 This was disclosed by the state chief minister P.K.Dhumal while initiating plan discussions with MLAs for fixing priorities here late Monday .

Legislatures from all the twelve districts have gathered here for giving their suggestions to the government .

Dhumal urged MLAs to come up with constructive suggestions for additional resource mobilisation and economy measures which would be adopted by the government .