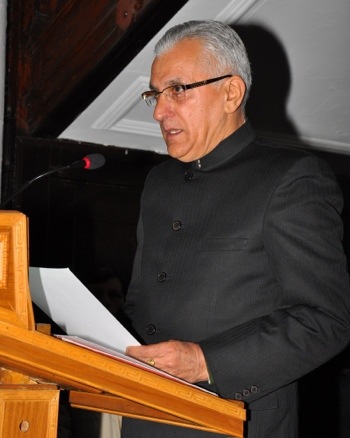 “Soon the office of the Lokayukta will be given investigative and suo motu powers,” Panta told reporters after the swearing-in ceremony at the Raj Bhavan here.

He said Himachal is one of the few states in the country to take a lead in having a Lokayukta. It was set up in 1983 .

â€œIf amendments are required they will be carried out after consulting the government ,â€ Panta said .

Justice Panta hinted at giving suo-moto powers to the Lokayukta to look into complaints of corruption and having an independent investigation agency.

Panta until recently was the chairman of the National Green Tribunal and also been judge of the supreme court .

He said India was the third country after Australia and New Zealand to have “green courts”.

Talking to reporters chief minister P.K.Dhumal assured the Lokayukta will get more powers in order to deal effectively with corruption and abuse of power.

The chief minister’s office also comes under the purview of Lokayukta.