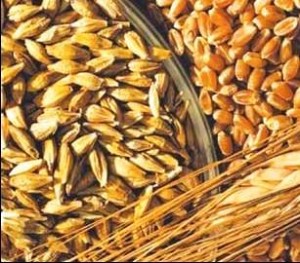 Addressing a workshop on ‘Policy Initiatives for Promoting Partnership between Stakeholders in Agriculture with Particular Reference to Rainfed and Dryland Farming’ at Rashtrapati Bhavan here, the prime minister said production of cotton in 2011-12 was estimated to be 34 million bales, also a new record.

“The second Advance Estimates for 2011-12 indicate that the production of food grain is expected to reach the record level of over 250 million tonnes, exceeding the target for the year by five million tonnes. The production of cotton in 2011-12 estimated at 34 million bales is also a new record,” he said.

Noting that Indian farmers had “done us proud” again this year, he said: “But we still have a long way to go.”

Manmohan Singh said he believed the United Progressive Alliance (UPA) government over the last seven and a half years had given considerable attention to agriculture and was able to channel about Rs.4.74 lakh crore of bank credit into the agriculture and allied sectors.

Consequently, the prime minister added, allocation for agriculture and allied sectors as a proportion of state plan expenditure has gone up from 4.88 percent in 2006-07 to 6.04 percent in 2010-11.

“I am very happy that our agricultural policies have yielded positive result. Gross capital formation in agriculture and allied sectors has increased from 13.1 percent of gross domestic product (GDP) in agriculture in 2004-05 to 20.1 percent in 2010-11.”

“Agriculture and allied sectors have grown at an estimated rate of 3.5 percent during the Eleventh Plan compared to the growth rates of 2.4 percent and 2.5 percent during Tenth and Ninth Plans respectively,” he said.

Recollecting what he had said at the Foundation Day celebrations of the Indian Council of Agricultural Research (ICAR) in July last year, Manmohan Singh said the challenges that India’s agriculture faces in the coming years remain enormous.

“As an illustration, to meet the total demand of food grains in the year 2020-2021, we need a growth rate of at least two percent per year in food production. This has to be contrasted with the average annual rate of only one percent that we achieved in the 10-year period from 1995-96 to 2004-05,” the prime minister said.

“Although food production has regained momentum in the recent years, we cannot afford to be complacent since the demand for horticulture and animal products is increasing very rapidly and this will require some shift of area away from production of food grains. Therefore, agricultural productivity in food grain production has to go up handsomely,” he added.
IANS