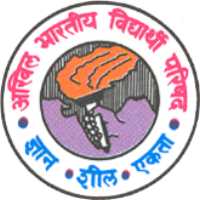 Shimla : Himachal Pradesh’s ruling BJP has been left squirming with embarrassment after the ABVP, allied to the party, hit out at the government on commercialisation of education.

The government is under attack not just from the student’s group, part of the larger Sangh Parivar, but also the opposition Congress as well as rebel elements within the party.

In its recent national survey, “Education is for sale’, the ABVP said the Himachal Pradesh government had been providing land to ‘outsiders’ by relaxing norms in the name of opening private professional universities and colleges. It said the number of private universities in the state far exceeded government colleges and there was no reservation policy for Scheduled Castes, Scheduled Tribes and other backward classes (OBCs). The fee structure was also quite high.

“The managements of all universities have purchased land from poor farmers by posing as educational charitable trusts. Intriguingly, the trusts have been asked to run the universities only for a period of 25 years after which the managements can change the land use and use it for real estate,” said the report released in New Delhi Feb 10.

“At present, 13 private universities are functioning and seven more are in the pipeline. It appears that politicians, bureaucrats and business and industrial houses are working hand in glove for the opening up of these commercial shops,” it said.

According to the report, none of the universities has any past experience of imparting higher education. Moreover, eight of the 13 private universities have opened in Solan district, which lies close to Punjab, Haryana and Chandigarh.

The ABVP’s report vindicates the claim of the opposition Congress that the state government has been violating land norms under Section 118 of the HP Tenancy and Land Reforms Act in the name of education. These norms bar any non-agriculturist, including bona fide Himachalis, from purchasing land without special permission from the government.

The ABVP also pointed out that most of the universities in the state have no qualified teaching faculty and the fee structure is so high that even middle-class students cannot afford them.

During the budget session last year, state Congress president Kaul Singh had said: “In the last three years, the state government has allowed 10 private universities to set up bases in the state. But only two of them fulfil the eligibility criteria laid down by the UGC (University Grants Commission) and the rest of them have not been recognised by it.”

He said the government had been promoting private educational institutions at the cost of the state-run Himachal Pradesh University in Shimla.

ABVP national general secretary Umesh Dutt said that the student wing had been demanding state and central legislation to curb commercialisation of education.

“We are demanding mechanisms to monitor fee structure as there is huge disparity in government and private professional colleges and, of course, reservation for some categories,” he said.

“The government should provide more funds for its institutions.”

Under attack from multiple quarters, Dhumal said that the state was the first in the country to constitute a regulatory body, the Himachal Pradesh Private Educational Institutions Regulatory Commission, last year to oversee the functioning of private universities.

The body, headed by former additional chief secretary Sarojini Thakur, oversees the conduct of examinations and teachings, the process of admissions, fee structure and looks into all complaints against the universities.

Dhumal said the regulatory body has directive powers to effectively enforce rules and regulations. It could even impose huge penalties and order the closure of errant institutions.
IANS