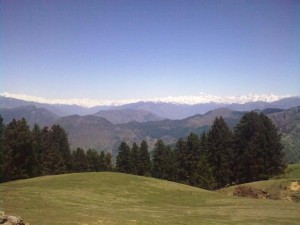 Shimla : There was a slight respite in the cold in the mid hills of Himachal Pradesh Monday which saw sunny day , even as chilly conditions continued to prevail in the higher hills of the state .

The state capital Shimla recorded a high of 15.6 C the highest in many weeks . Locals and tourists moved out of their houses in large numbers to enjoy the nice sunshine .

The Mall and the Ridge in downtown Shimla witnessed huge crowds soaking in the sunshine for much of the day .

Manali also experienced a sunny day , but it was much colder here as light snow fell on Sunday delighting tourists.