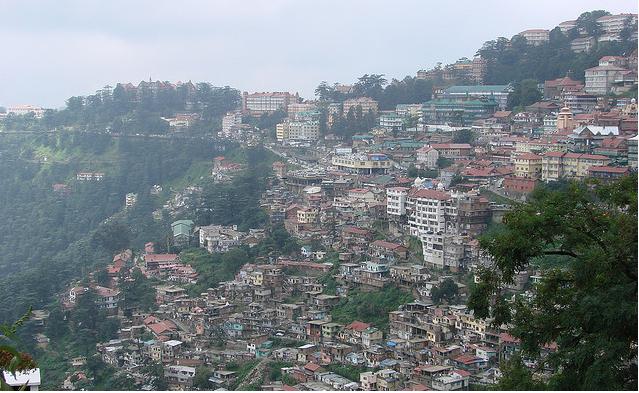 Shimla : With much of the snow melting fast in this Himachal Pradesh capital the dust has begun to rise on the roads , courtesy the authorities who dumped it here in plenty when the snow fell earlier this month .

In a reckless decision this mud was brought in large quantities and sprinkled over the snow and ice by the short sighted civic authorities and the district administration .

Instead of following the winter manual and sprinkling the much cleaner saw dust and sand to avoid slipping on the roads they chose mud .

And now when the snow has melted on the roads the dust is rising and engulfing walkers on all the popular walking routes .

From the Mall to Chotta Shimla via the chief ministerâ€™s official residence Oak Over , from Summer hill to the Mall and from the Ridge to Sanjauli all these roads are thick and grey with dust .

The dust rises even more when a VIP vehicles rushes past on these restricted and sealed roads punishing the walker.

Walking has always been a way of life in Shimla . The beauty of these winding forested roads is that they are never dusty round the year .

But these days these roads are dusty because of the authorities who have bungled once again !