Dehradun : This north Indian mountain state that abounds with wildlife is sadly also taking a great toll on their lives.

In the last one year Uttarakhand lost not only 19 tigers, but according to the Wildlife Protection Society of India, this year till Dec 10 as many as 106 leopards, including two cubs, have also been killed. 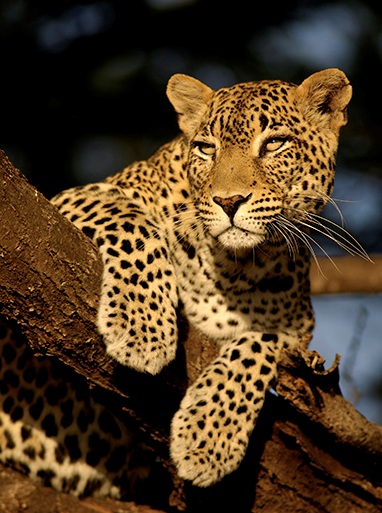 While expressing concern at the large number of felines killed in the state this year, the Society believes that at the present rate of killing the animal could be lost for ever in the forests of Uttarakhand.

What is more disturbing is the fact that of this large number as many as 57 were killed by poachers.

According to figures as many as 57 leopards were killed by poachers, 19 died of old age or sickness, seven were killed in accidents, six were killed by the forest department after being declared man eaters, six died during rescue operations, six died in territorial fights, three were killed by other animals and the carcass of two cubs were found.

It is disturbing that over the years there have been a large number of leopards that have been killed and though figures of 2010 were not immediately available but in 2009 as many as 85 leopards were killed in the state, while in 2008 the figure was put at 53.

Apparently over 300 felines have been killed in the last four years.

Wildlife experts here claim that the shrinking of forest, continued pressure on forest by humans and reduction in the herbivore population in the forests are forcing the leopards to look elsewhere for food and are thus encroaching upon human habitats, increasing the man-animal conflict.

Expressing concern they said that the state forest department will have to increase awareness to the reduce the rampant killing of leopards in Uttarakhand by launching a drive in the near future.