Dehra Dun : Uttarakhand has a jumbo problem on hand, but the bureaucracy here apparently has more important things in mind, than being concerned of people getting trampled to death, or crops in villages being destroyed by wild elephants or for that matter traffic being disrupted for hours on the highways as tuskers refuse to make way for vehicles. 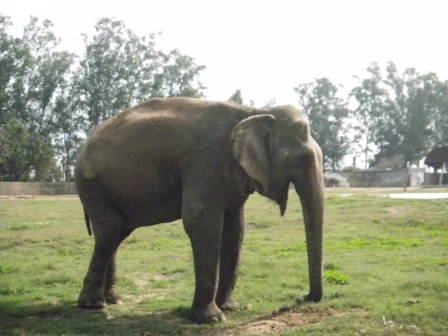 At least this is the impression one gets from the fact that funds sanctioned for catering to the requirements of the elephant zones in the state by the centre during the current financial year, have not yet been forwarded to the state forest department for undertaking various programmes in the pachyderm habitat.

The centre had released the first installment of Rs 90 lakhs for undertaking various works under project elephant in August.

But the money is lying somewhere in red tape, for it has yet to reach the forest department which is crying for funds for undertaking various works. Obviously the money will be released at the fag end of the year, when it will be wasted by hastily undertaking works that may have no meaning.

Informed sources said that various works have to be taken in the forests falling in the Rajaji and Motichur sanctuaries and other elephant pockets of the state.

This includes patrolling to monitor the movement of wild elephant herds, clearing the undergrowth so that fodder for the pachyderms can grow in the forests, undertaking soil conservation works and construction of check dams.

â€œBut all these have been put on hold as of now for want of funds, and then during the closing months of the financial year not only will the money be released, but instructions will also be sent, to ensure that the money is utilized before year closing. Because of this unnecessary works are taken up in haste, which do not give the required benefitsâ€, they added.

Sources said that if the money had been released earlier, patrolling could have been undertaken in the elephant pockets by now and the movement of pachyderms recorded, which would have helped in locating the rogue elephant.

More importantly, it would have also prevented, albeit to an extent, movement of the wild elephants to villages to some extent, they claimed.

However, they felt that had the first installment that had been sent by the centre released when it came, the department would have utilized it by now and the state could have asked for more funds for the project, taking into consideration the gravity of the problem of recreating and restoring the migrations routes of the elephants herds by creating the required corridors.