Shimla: One person arrested yesterday on charges of theft is alleged to have hung himself in the lockup, and on rushing him to hospital was declared brought dead. 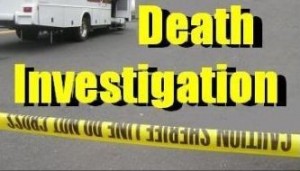 SP Shimla, Sonal Agnihotri said that Pawan Sharma (26), a resident of Charabara, was arrested yesterday evening in relation to a theft case at a jewelers place in Jutogh suburb and put up in Boelieuganj lock up.

â€œThe accused was to be produced before a judicial magistrate to seek police custody in the morning,â€ said Agnihotri.

However, Sharma made a rope out of a shredded blanket and hung himself to a grill in the bathroom at 7.30 a.m,â€ he said.

The guard on duty was able to spot the suicide attempt, untangled him from the make shift rope before rushing the arrested person to hospital. However, the hospital authorities declared him dead, he said.

Police believe Sharma was a history sheeter and was involved in several robbery and theft cases.

â€œPawan had been arrested in other robbery or theft cases, earlier also, said the district police chief.

On learning about the custodial death, a judicial probe has been started and a post mortem of the deceased youth has been conducted.