Mumbai : Hollywood superstar Tom Cruise, who is in India to promote the fourth installment of his “Mission Impossible” franchise, has squeezed in a special visit on his chock-a-block itinerary — the Taj Mahal in Agra. And guess who accompanied him in this mission? Co-star Anil Kapoor.

Cruise landed in Delhi early Saturday and headed straight to the Leela Palace, Chanakyapuri. He stayed at the hotel’s exquisite Maharaja suite, which has a personal gym, jacuzzi and is one of the most expensive suites in the country, said sources. 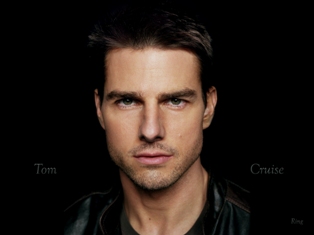 From there, the 49-year-old left for Agra with his “Mission Impossible: Ghost Protocol” co-star Anil Kapoor. The international star would be staying in Oberoi Amar Villas in the Taj city.

Kapoor is also set to co-host a party for Cruise along with Viacom 18 in Mumbai Saturday night.

The bash would be a private 150-guest affair at the Taj Rooftop, Colaba. However, some Bollywood’s A-listers like Ajay Devgn, Akshay Kumar, Salman Khan and Shah Rukh Khan would not be seen at the bash as they are either out of town or have expressed their inability to join in.

The only Khan superstar at the bash would be Aamir.

“We had originally planned to invite 200 guests. That’s now been narrowed down to 150,” says a source.

“Tom is a really cool guy. When Anil asked him whom he’d like to meet from Bollywood and from other walks of life he said, ‘No one and everyone’. Tom says he’s on a mission to promote ‘Mission Impossible’.

“So for him, the fan interaction is the most important part of his itinerary. The only desire he expressed for his India visit was to visit the Taj Mahal,” he added.

“In Mumbai, Kapoor is expected to whisk Tom for a brief visit to see his home and meet his family — again Tom’s wish. Then, Tom checks into his hotel, prepares for the party which is expected to last for no more than two hours. He says he wants to be fresh for the fan interaction on Sunday,” the source added.

Cruise, who features as intelligence agent Ethan Hunt in the popular film franchise, is hosting a special screening for 1,500 fans two weeks before the film’s worldwide release Dec 21.
IANS