Shimla : In an embarrassing development for the Congress, the Supreme Court has said cheating and criminal conspiracy charges against party secretary Asha Kumari related to a land grab case in Himachal Pradesh can’t be quashed.

Setting aside the Himachal Pradesh High Court order, a division bench of Justice Swatanter Kumar and Justice Ranjana Prakash Desai Friday observed: “In our opinion, the high court has completely misdirected itself in reversing the trial court’s order framing charge.

“The high court’s judgment is tainted with legal infirmities and has resulted in miscarriage of justice.” 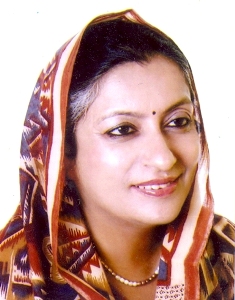 In January 2005, special judge of Chamba division P.D. Goel charged former Himachal Pradesh minister Kumari and others on five counts in a land grab case dating back to 1998.

The apex court said: “We confirm the order framing charge dated Jan 4, 2005, passed by learned special judge, Chamba and direct him to proceed further in accordance with law.”

Kumari and her late husband Brijender Singh had been charged with grabbing more than 60 bighas of government forest land worth several crores of rupees in Chamba by tampering government records and fabricating wills with the connivance of revenue officials.

The trial court of Chamba had framed charges against the couple on the basis of a complaint registered by the state vigilance department Dec 15, 2001.

After framing of charges, Kumari had moved high court that granted relief to the accused and set aside the Chamba court’s order, saying she was denied an opportunity of being properly heard.