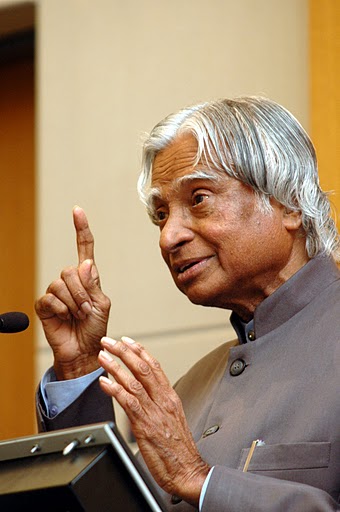 New Delhi/Chennai: Former Indian president A.P.J. Abdul Kalam was frisked by the John F. Kennedy airport authorities in New York Sep 29, resulting in a strong Indian protest and a subsequent US apology for the breach of protocol.

Eighty-year-old Kalam, who was in the US to attend a series of events, was returning home by an Air India flight when the airport authorities boarded the aircraft to frisk the former Indian president, who had already occupied his seat.

Kalam did not object and subjected himself to the security check, officials said.

“He cooperates with the security agencies and does not protest. Even at JFK airport former president did not protest. But what was in bad taste was that after he got seated in flight the security personnel asked him to hand over his coat and shoes,” a source close to Kalam said in Chennai.

“The coat and shoes were returned later,” the source added.

The matter was reported to the external affairs ministry in writing immediately on Kalam’s return, said the source in Chennai.

External Affairs Minister S.M. Krishna asked Indian Ambassador Nirupama Rao to raise the issue at the highest level in the US administration, saying it was “unacceptable” to India and that New Delhi may reciprocate the treatment to American dignitaries.

Following the protest, the US government “deeply” regretted the incident and conveyed its “utmost respect” for Kalam.

“The United States government has the utmost respect for former Indian president Abdul Kalam. We deeply regret the inconvenience that resulted for him as a result of a Sep 29 incident involving the security screening at John F. Kennedy airport in New York,” the Obama administration said in its apology.

Subsequently, charge d’affaires of the US Mission in India Ambassador Peter Burleigh personally hand-delivered a letter from the US Transportation Security Administration to former president Kalam, and a similar letter was delivered to the Indian government.

In these letters, the US government extended its apology that appropriate procedures for expedited screening of dignitaries had not been followed. “We are actively working to prevent similar incidents in the future from occurring,” it said.

Noting that the US “deeply values and appreciates” its “strong relationship and partnership” with India, the Obama administration said: “We are confident that despite this regrettable incident, we will continue working closely with India in the many areas of our strategic partnership.”

This is the second incident of frisking of Kalam by American authorities. On April 21, 2009, the former president was boarding a Continental Airways plane at the Delhi airport when the airline authorities frisked him, clearly breaching diplomatic protocol.

A protest from India and its parliament led to the airlines and the US government apologising to Kalam later.