Dharamsala: The Tibet issue can only be resolved through a dialogue with China, the Dalai Lama’s special envoy has said.

“The present tragic situation in Tibet and the most repressive policies of the Chinese authorities makes one wonder if it is even worth making any efforts for the dialogue. On the other hand, the prevailing situation confronts every sensible person (with the fact) that the only way is through dialogue,” the Dalai Lama’s special envoy Lodi G. Gyari said in a post on the official website of the Tibetan government-in-exile today.

Gyari has participated in all rounds of talks with the Chinese on granting more autonomy to Tibet.

China and the Dalai Lama’s envoys have held nine rounds of talks since 2002 so far, but no major breakthrough has been achieved.

Gyari was re-appointed as the Dalai Lama’s special envoy in June this year by the Central Tibetan Administration (CTA) after the spiritual leader relinquished his political powers.

“I will be continuing in my present capacity as special envoy of His Holiness the Dalai Lama for some time for the dialogue process, including leading our efforts in our talks with the Chinese leadership, with envoy Kelsang Gyaltsen,” the statement dated Nov 11 said. 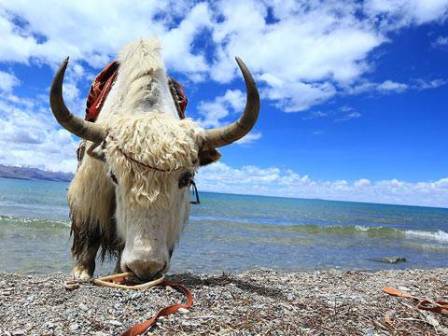 Last month Tibetan Prime Minister-in-exile Lobsang Sangay called a meeting of the task force, which was set up in 1999 to assist the envoys to hold talks with the Chinese, here to mull ways to restart the dialogue process.

The Dalai Lama fled Tibet along with many of his supporters and took refuge in India when Chinese troops moved in and took control of Lhasa in 1959.