Washington:Â  America is occupied today! The occupiers, a unique group of protesters, who have pitched tents and tarps in parks across America, from the Wall Street in the Big Apple to the nation’s capital steeped in politics to the most Ivy of the Ivy Leaguers, Harvard.

The unique movement is leaderless given the protesters’ disdain for all authority, yet the occupiers have run the makeshift colonies with a system of their own for 58 days in New York, where the Occupy Wall Street movement started, 44 in Washington and for the fifth day today in Harvard. 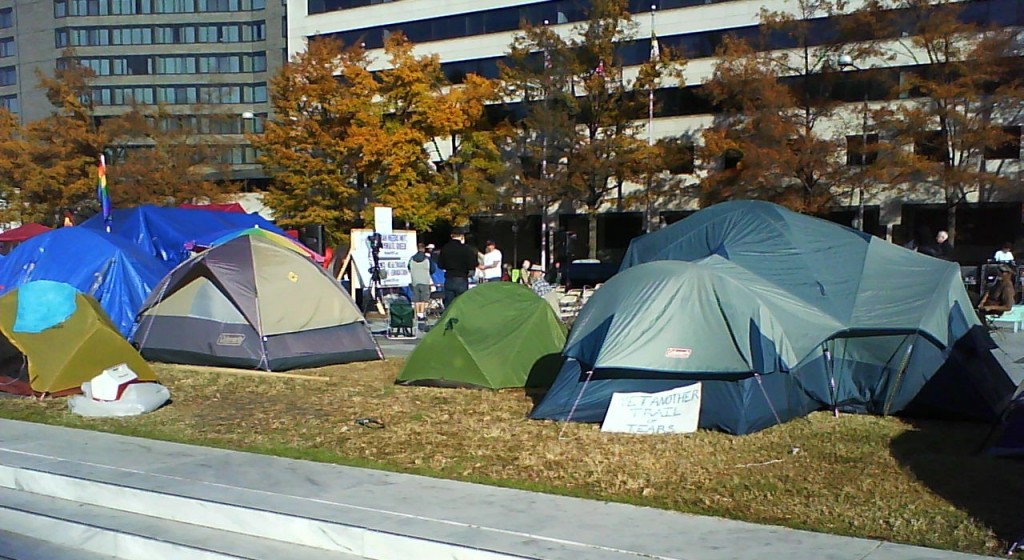 In Washington, the occupiers have taken over the Freedom Plaza and McPherson Square, one South of the White House and the other to North, with some 17 committees of volunteers looking after numerous tasks from action to food to sanitation to winterisation.

There are no formal rules, yet the occupiers have pitched their tents of various shapes, sizes and hues in separate zones with a kitchen, an information booth, a library and a medical post separated from the living quarters.

“Avenues” between the rows of tents have been named after Gandhi, Martin Luther King, Che Guevara, Harvey Milk and Malcolm X. The “General Assembly” meets in a large open field in another part at six every evening to take decisions with a variety of hand signals.

Basant Khalsa, a 29-year old Sikh trucker from Northern California, came to the capital to attend the dedication of the Martin Luther King memorial, but has stayed on to run the kitchen. He works 16 to 17 hours a day to dish out three meals a day to 100 to 200 protesters because he “likes to help people.”

Manhattan’s Zuccotti Park, the nerve centre of OWS has become a tourist attraction. Here too working withy the same “horizontal hierarchy” style of leadership decisions are taken and plans made using an Occupy only technique called “mike check” for communicating. 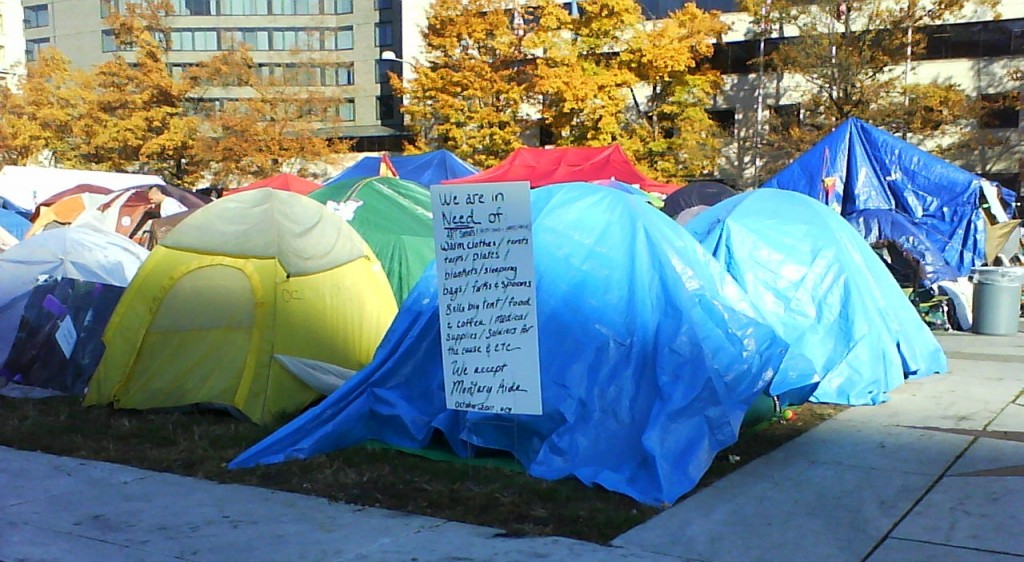 From Atlanta to Orlando in 70 major cities and over 600 communities across the US protesters are spreading their message with a ‘mike’ being passed on with just a shout of “mike check” and the crowd repeating the words of a speaker like a chant.

Along the way, the movement claiming to represent the 99 percent underdogs has picked up other causes from peace to saving the environment.

Finally last Wednesday it arrived at Harvard University, which as one activist put it ironically produces the very one percent they are protesting against, with students pitching two dozen tents in Harvard yard with signs proclaiming “HARVARD IS THE 99%”.

Whether this amazing Occupy movement would keep growing or fizzle out, only time will tell. But for now it has occupied the minds of America.