Keylong : When bone-chilling winds sweep through its vast expanse and snow blocks it off for five months, the mountain district of Lahaul and Spiti comes to life with its people gathering together to celebrate, eat and drink.

“Summers are for making money and winters for making merry. It’s the time when nothing germinates, but social culture blooms,” Geeta Devi, an octogenarian in Keylong, the district headquarters located at an altitude of 3,156 metres, about 350 km from the state capital Shimla, said.

Most important local festivals and rituals fall when the villagers are marooned in the snow.

The climatic conditions of the area are harsh as much of the land falls under a cold desert where the mercury drops below minus 20 degrees Celsius during winter.

The district, mainly the Lahaul Valley, remains out of bounds from November-end onwards as heavy snow snaps road connectivity. The road links restore only by mid-May when the snows melt. Helicopter is the only mode of transportation for the locals in these months.

But there is no stopping the celebrations.

A wedding, solemnised in summer, is celebrated in winter. The entire village gathers and celebrates for days together. The consumption of ‘arah’, a local liquor extracted from barley, and ‘challo’, or gambling, are part of every occasion.

The staple food is buckwheat. Barley, wheat and rice are also consumed as well as lots of ‘chhang’ (local extracted beer) and salted tea mixed with butter.

“We normally hold community kitchens. The entire womenfolk are huddled together at one place, and stitch clothes and knit woollens for the next season. This is the best period for socialising when snow and bone-chilling winds bring life to a grinding halt,” says Bhrigu Devi of Tandi village. 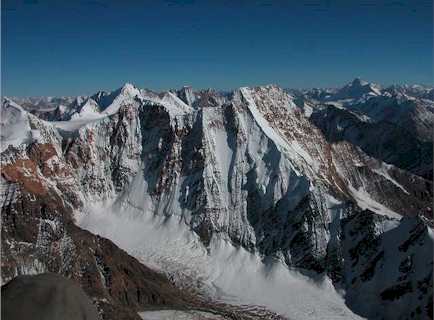 The district, spread over 13,835 sq km, is a place of remote, untouched beauty with just 31,528 people. As the world’s population touched seven billion this week, the vast expanse of Lahaul and Spiti district is the soothing study in contrast.

Away from towering concrete blocks, congested roads, screaming traffic and other unpleasant scenes of city life lies the uncluttered retreat where the hills stretch out as far as the eyes can see.

It has 11,295 people per sq km less than Delhi and 9,250 less than Chandigarh. Delhi has maximum density in the country, whereas Chandigarh is second.

As per the provisional census for 2011, the population density in Lahaul and Spiti, inhabited mainly by tribals, is just two people per sq km against the state’s 123 people per sq km.

The Buddhist-dominated district in the Himalayan terrain at elevations ranging from 15,000 to 20,000 feet above sea level attracts globe-trotters not only for nature-based activities but also to ancient monasteries like Tabo and Dhankar.

The district has no town and the population is rural, living in 521 villages.

Lahaul and Spiti has set an example with 1,017 females per 1,000 males in the 0-6 age group — the highest in the country at the district level, he said.

As per the state election department, Lahaul and Spiti has around 22,000 voters.

The entire district has just two petrol stations — one at Tandi in the Lahaul Valley, which is around 100 km away from tourist resort Manali, and the second in Kaza in the Spiti Valley that is some 420 km away from Shimla.

This indicates the low number of vehicles in the district.

How to travel: In summer, by public or private transport. From Manali to Keylong via Rohtang Pass for Lahaul; From Shimla to Rekong Peo in Kinnaur district to Spiti.

Distance: 350 km from state capital Shimla to Keylong and 420 km from Shimla to Kaza (headquarter of Spiti).

Where to stay: Small hotels, guesthouses, and even home stays with local people.
IANS