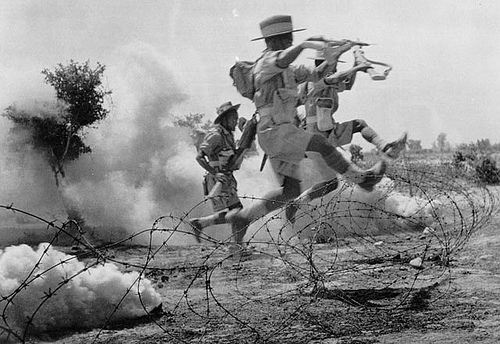 Shimla : It was a nostalgic occasion Sunday when officers and other ranks of the Gorkha Rifles assembled in a Himachal Pradesh army cantonment to relive their memories.

Over 1,500 families of the First Gorkha Rifles from India and Nepal have assembled in the picturesque hills of Subathu town in Solan district for the five-day reunion.

Retired officers, including generals, were participating in the event, an official statement said.

The origin of the Gorkha Rifles dates back to 1815 when the forces of the East India Company clashed with the Gorkhas.

Impressed by their fighting skills the East India Company offered to raise a Gorkha regiment from Amar Singh Thapa’s army.

The First Nusseree Battalion came into existence April 24, 1815 at Subathu.