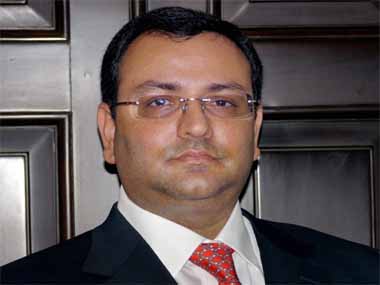 Mumbai : Cyrus P. Mistry, the newly-annointed heir of Tata Group chairman Ratan Tata, brings to his job a rich and varied experience of managing businesses ranging from construction, to entertainment, to power, to finance.

The 43-year-old Mistry is slated to succeed the $71 billion Tata Group chairman Ratan Tata after he retires next year.

Born July 4, 1968, Mistry is the younger son of construction tycoon Pallonji Shapoorji Mistry, whose company has spread all over the country and even abroad.

Cyrus Mistry is married to Rohika, the daughter of eminent legal luminary Iqbal Chagla. He has an elder brother, Shapoor Mistry, while one of his sisters is married to Noel Tata, Ratan Tata’s half-brother.

A commerce graduate from the University of Mumbai, Cyrus Mistry went on to pursue an engineering degree from the Imperial College, London, and master the science of management at the London School of Business.

He loves to play golf, like many top corporate heads, and is a trustee of the Breach Candy Hospital in south Mumbai. He is also on the board of the Imperial College India Foundation.

After completing his academics, Mistry joined the family business as a director in 1991 and is largely credited with taking Shapoorji Pallonji Group to new heights. Today, the group employs over 23,000 people and has a strong presence in India, besides the Middle East and Africa.

However, he is not a newcomer to the Tata Group, which he joined as a board member of Tata Sons in September 2006, and was part of a five-member selection committee tasked to name Ratan Tata’s successor.

Mistry is also the chairman of Afcons Infrastructure, which is into mega civil and engineering projects, that was acquired by the Shapoorji Pallonji Group in 2000.

Besides serving as a director of Tata Sons, Mistry also served Tata Elxsi Ltd. and Tata Power Company. He also is a senior vice president of production, DQ Entertainment Plc.

Mistry is also on the board of various major companies. He has served as a non-executive director of Forbes Gokak Ltd. and was associated with Convergence Media Pvt. Ltd. as senior vice president, operations and planning, and UTV Toons India.

He has over two decades’ experience in the Indian entertainment industry in the fields of filmmaking and animation, technical and production pipeline management.
IANS