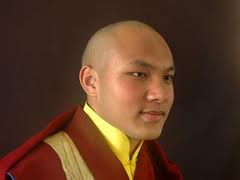 Dharamsala : The Tibetan spiritual leader the 17 th Karmapa Lama (Ogyen Trinley Dorje) said Wednesday that the Chinese government needs to seriously review its Tibet policy in view of the spate of Tibetans setting themselves on fire .

â€œI appeal to freedom loving people all over the world to join us in deploring the repression unleashed on the monastries in Tibet,â€ he said in a statement here .

â€œI appeal to Chinese leaders to heed Tibetansâ€™ legitimate demands and enter into meaningful dialogue instead of brutally trying to achieve their silence,â€ he said .

â€œSince March eleven Tibetans have set themselves on fire .These desperate acts carried out by people with pure motivation are a cry against the injustice and repression under which they live .â€

â€œEach report of self-immolation from Tibet has filled my heart with pain as in Buddhsit teaching life is precious ,â€ he added .

â€œI agree with(his holiness) the Dalai Lama that the Chinese leadership needs to review its policies towards Tibetans and other minorities,â€ he said .

The 17 th Karmapa is head of Karma Kagyu sect and fled China as a boy in 2000 and joined the Dalai Lama among thousands of Tibetan refugees in India .