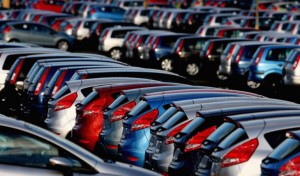 Kolkata : Automobile makers are keeping their fingers crossed on the revival of India’s passenger car industry after a dip in sales for the fourth consecutive month till October on the back of high fuel prices and interest rates. Some manufacturers, however, expect the market to show some signs of recovery from next March-April.

Car sales in India, the world’s second fastest growing automobile market after China, were down by 23.8 percent in October. It was the biggest monthly percentage decline since December 2000.

The Society of Indian Automobile Manufacturers (SIAM) has cut its sales growth forecast for the current financial year to 2-4 percent from its earlier projection of 16-18 percent due to soaring interest rates and continuous rise in petrol and commodity prices.

“Passenger car sales are substantially down obviously due to high fuel price and rising interest rates. The trend is likely to continue if the macro-economic conditions of the country do not change,” MSIL chief general manager (marketing) Shashank Srivastava said on the phone from Gurgaon.

The company, which earlier slashed its sales growth target from 13 to eight percent for this fiscal due to inflation and other issues, now says even this is unlikely in the current economic scenario.

“That (8 percent sales growth) target looks unlikely…it will be less than that,” Srivastava said.

He also said the recent petrol price cut by the country’s oil retailers by Rs.1.85 per litre, the first cut since January 2009, will not have any impact on the weak demand.

The state-run oil marketing companies raised the prices of petrol, the fifth increase this year, by Rs.1.80 per litre earlier this month before slashing the prices.

Global automotive major General Motors expects that the country’s gloomy car market, which has been experiencing sluggish demand from January 2011, may show signs of revival from March 2012.

“The market will remain dull till February next year. It may revive after the budget session (of parliament), depending on the budget proposals,” said General Motors India vice president P. Balendran.

He said that now about 80 percent of the car demand was for the diesel versions after the consecutive petrol price hikes by the oil marketing companies.

General Motors India reported a marginal increase in its sales in October this year at 10,062 units compared to 10,051 in the same period an year ago.

Balendran said the company was able to jack up sales, despite the dull market, due to high demand for its hatchback Beat diesel.

Diesel is currently sold below its economic cost with a subsidy given by the central government.

The country’s central bank has raised its key lending rates 13 times since March 2010 to tame the stubborn inflation.

He said demand for cars will increase when the overall economy picks up.

“For boosting weak domestic consumption, first there should be some investments in the country…at the end of the day consumers buy cars,” he added.

“I hope the government will do something to stabilise the rates. Because then only the customers will return to the market,” said Len Curran, Renault India vice president, sales and marketing.

Asked whether the recent cut in petrol prices by oil retailers will push up automobile demand, Curran answered in the negative. “It will not have any impact.”
IANS