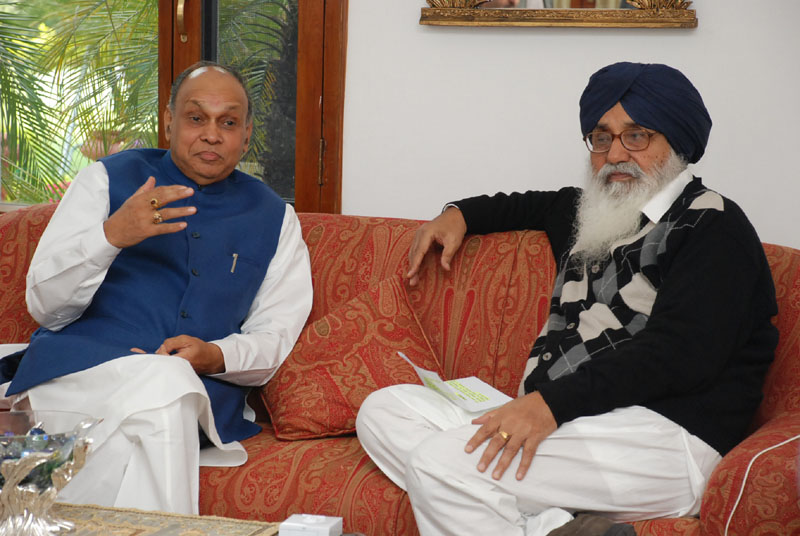 Chandigarh: CM, Prof. Prem Kumar Dhumal met Prakash Singh Badal, Chief Minister of Punjab at his residence today to resolve various outstanding inter-state issues pertaining to both the States and explore possibilities of more joint ventures in the future.Both agreed in principle to construct the Chandigarh-Baddi road on priority and complete the same by June, 2009, as the tenders for construction of bridges had already been floated by the Punjab Government.

They also agreed to connect Baddi with the upcoming International Airport at Mohali to facilitate the industrialists avail of the air transport facilities with the proposed express highway by extending the same upto Baddi industrial area.

Government would explore the possibilities to connect Chandigarh with Baddi via airstrip near to Pinjor, between both the stations to shorten the distance and traveling time between both the destinations.

States would hold joint meeting of the senior officers of both the States with the Planning Commission of India to obtain its approval over revised estimates for the completion of the Shah Nehar project, in district Kangra, which had been pending completion since many years and getting the funding pattern approved from the Government of India.

Dhumal also agreed in principle to make 150 MW power available to Punjab State during July-August months, summer season, to meet its additional power demand, over and above the existing arrangements, which would be required to be re-supplied to the State during the winter months of December and January, when the hydel power generation is low due to the freezing of the river water in the State. 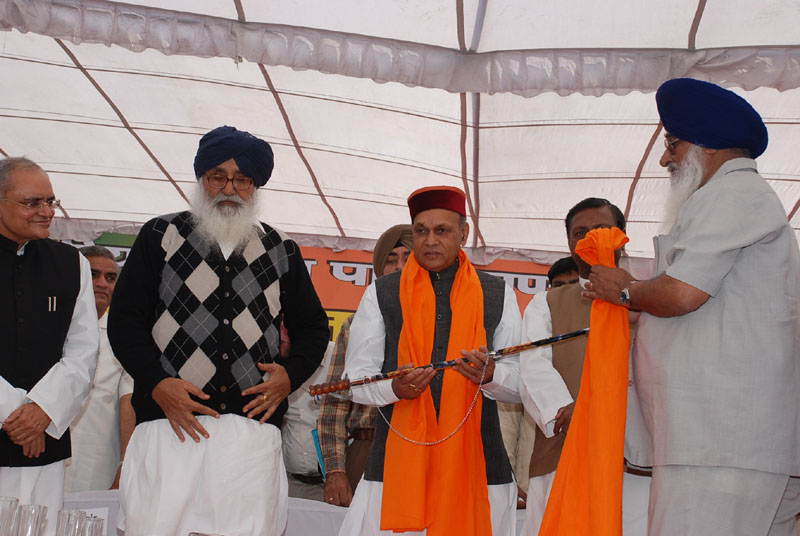 States would hold the joint meeting of both the State transport secretaries to resolve the issue of composite fees levied by the Punjab Government on the entry of taxi into Punjab and chalk out modalities to rationalize the exhorbitant rates being charged by the Punjab administration for the benefit of the taxi operators of Himachal Pradesh visiting Punjab State frequently.

States would undertake the construction of the 8 kms. long ropeway connecting shrines of Anandpur Sahib in Punjab with Naina Devi jee in Himachal Pradesh on built, operate and transfer basis for which necessary modalities would be chalked out by both the Governments at official level.

Both the States agreed to reduce distance for B category of industries on either side of the inter-state border from existing 10 kms. to 5 kms. and make request on the issue to the Government of India, so that all approvals of environment clearances could be given at the level of respective State Governments.