Shimla :Fear prevails among locals as black himalayan bears are frequently being spotted at the edge of many villages in Kotgarh and neighbouring areas of Himachal Pradesh , locals say. 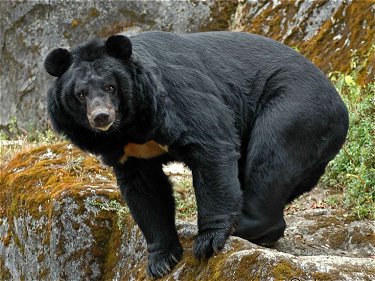 A woman was badly mauled in the Brehri Dhar area a few days ago. A few others have also had close encounters with passing bears , locals told the Hill Post .

After night fall villagers are avoiding moving out of their homes for fear of running into a wild bear . They have complained to the forest and wildlife department .

In neighbouring Narkanda and Kumarsain villages , people say bears have even been raiding apple orchards . At a few places these burly creatures even broke and uprooted some small apple trees recently .

L.S.Thakur DFO Kotgarh was quoted as saying that efforts were being made by the wildlife wing to drive away these bears . Also locals were being educated to be alert and vigilant .