Shimla: Mired in controversy, the Rs 45 crore Bantony Castle property deal struck with an NRI has fallen through as the sale failed to reach finality and the government, which hurriedly announced plans to acquire the heritage property, has failed to make any move. 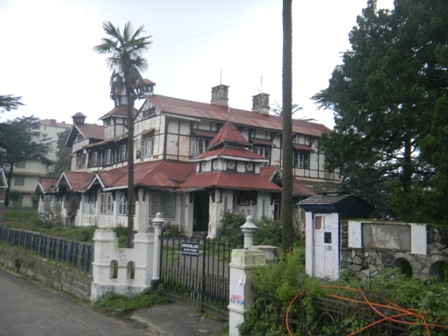 Having started restoration work of the old building that was occupied by government agencies for housing various offices since 1947, â€œwe intend to restore the building along heritage lines for our own use,â€ says Nath.

When questioned about the agreement with London base entrepreneur Ranjay Trehan, the co-owner said, â€œdespite having extended the time period for completing the sale, it has not taken place. The agreement to sell stand annulled.â€

Having intended to buy the 138 year old property, Trehan had in turn approached the tourism department for obtaining a no object certificate for constructing a luxury spa there.

Opposition Congress members had raised a furor over the reported sale and had even stalled the state assembly proceedings on the issue.

Rejecting Trehanâ€™s proposal, chief minister Prem Kumar Dhumal had announced that the urban development department would acquire the property for government use, something that has not taken off till date.

However, Nath said, â€œI have not heard anything from the government about their intentions or purpose for acquiring the private property.â€

With Trehan reported to have moved court over the government having rejected his hotel project, Vishwa Nath, who initially was not averse to government taking over the prime property provided market rates were paid for said, â€œthe matter is between the government and Trehan, as far as we are concerned, the deal is over.â€

The present owners having bought Bantony in Feb 1968 and within 10 days the government first attempted to acquire it. Second attempt was made during emergency in 1975-83 and third in 1986-96, but the owners took the matter to court and warded off the forceful acquisition.

In 1880 British owner Captain Gordon sold Bantony to the Maharaja of Sirmaur. From the house of Sirmaur it passed to Maharaja of Dharbhanga (Bihar) who it turn sold it to the present owners.

On court orders, the building was declared unsafe and got vacated from Himachal police, the last tenants, in September, 2010 and handed over to the owners only in February, 2011.