Gurgaon: First it was the cancellation of Bryan Adams concert in February and now Metallica’s much-awaited gig here, and fans are really sore.

The first Indian concert of the gods of rock, Metallica, slated for Friday was postponed to Saturday due to a technical fault, and then was cancelled following the organisers’ inability to secure a permit. 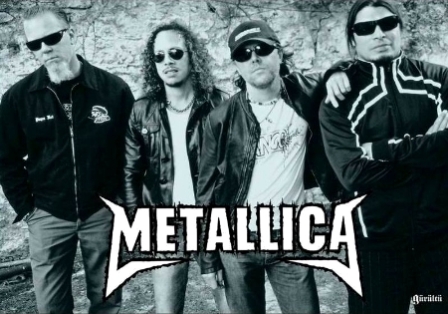 The news of the postponement Friday evening left fans furious at the Leisure Valley ground here. Unruly youngsters broke down the barricades, tore posters, damaged the heavy equipment – as their excitement turned into sore disappointment and then aggression.

In a similar case earlier this year, music fans were disappointed when the Bryan Adams concert was cancelled after being rescheduled.

That concert was to be held at the NSIC Ground in Okhla Feb 15, but hours before the Canadian rock star was to go on stage, the show was announced postponed because the Delhi fire department and Delhi Police refused to issue a no-objection certificate to the organisers.

The show was then rescheduled to take place in Gurgaon Feb 20. However, it was cancelled altogether due to “logistical issues”.

The cancellation of Metallica’s show is an “epic failure”, feels Umang Gulati, a student, who was at the venue since 11 a.m. to attend the concert. He added that India is not prepared for international exposure.

“India is not prepared for International exposure. They should understand the crowd and be prepared for the worst circumstances. But calling off a concert is an epic failure. We were excited about Metallica’s scheduled performance. Now it has been a total loss situation for everybody.”

“Even they must have spent a lot of money to get their heavy equipment for the performance. So did the fans, they had come from different countries.. the airfare, extra stay – it is really a sad situation,” said Gulati.

“I belong to Delhi, so I didn’t really bear much losses but my heart sinks when I think of the others. We need to get a definite venue for such big concerts. This kind of a failure could result in black listing Delhi as a venue for future international projects,” he added.

Nikhil Jhingon, former guitar player for bands like Hell Bound Harmony and Prestroika, says he is counting on the Bangalore concert to act as a saviour.

“The barricade right in front of the stage was broken, so the Metallica management could not risk the band’s safety as it could not be fully repaired to the management’s satisfaction.”

“It will have a huge impact on future international concerts not only in Delhi but all over India. India has already hosted some international acts like Megadeth, Machine Head, Iron Maiden, Deep Purple… now hopefully the Bangalore concert will go off smooth and send out a good message for India,” said Jhingon.

The four member-band that arrived here Friday is known for albums like the 1986 release “Master of Puppets”, 1991 album “Metallica”, which reportedly sold over 15 million copies in the US and 22 million copies worldwide. Their last release was “Death Magnetic” in 2008.

“It was disappointing to see how mismanaged the event was. Blaming the crowd is just an excuse to hide their own faults. No one was assured about a refund… in fact the organisers were standing on the stage and threatening people to behave well so as to allow this joke to function smoothly.”

“I genuinely believe…the vandalism was intentionally allowed to happen…there was minimal security arrangements …cops were standing and watching while people were climbing the stage…only to use the security arrangement as an excuse later,” said Verma.

Some celebrities, including from Bollywood, are equally disappointed at the cancellation.

“Shame about the Metallica concert not going ahead…don’t know the exact details why, but nevertheless disappointing…” Sidhartha Mallya posted on Twitter.

“Condolences to all the Metallica fans who didn’t trash the stage and were happy to go back tomorrow. What a fiasco!! What a shame,” posted filmmaker and actor Farhan Akhtar.

Gaurav Kapur posted: “Very uncool what happened at the Metallica gig. Hope we find out the real reason.. What did the organisers expect after weeks of build up? People would just calmly take a refund & go home? Metallica fans wont roll over & die.”