Mumbai: India’s foreign exchange reserves rose by $858 million to $318.36 billion for the week ended Oct 21, rising sharply for the third straight week, on the back of huge gain in the value of foreign currency assets, official data showed. 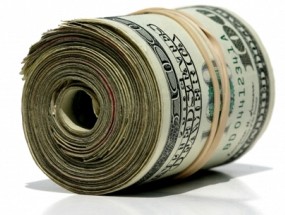 Foreign currency assets, the biggest component of the forex reserves kitty, rose by $861 million to $282.51 billion during the week ended Oct 21, according to the weekly statistical supplement of the Reserve Bank of India (RBI).

The foreign currency assets had shot up by $5.19 billion in the week before that.

The RBI does not provide any reason for the change in the foreign currency assets. It says the assets expressed in US dollar terms include the effect of appreciation or depreciation of non-US currencies such as the pound sterling, euro and yen held in the reserves.

Analysts said one of the major reasons behind the sharp increase in the value of foreign currency assets in the recent weeks was the strengthening of euro against the US dollar.

However, India’s reserves with the International Monetary Fund (IMF) declined by $1 million to $2.63 billion and the value of special drawing rights (SDRs) dropped by $2 million to $4.54 billion during the week under review.

The value of gold reserves remained unchanged at $28.66 billion.