Dehra Dun: The Uttarakhand government is all set to encash the religious fervour of the masses. For this it intends publicizing the winter abodes of the deities of the four major religious shrines in the state â€“ Yamnotri, Gangotri, Badrunath and Kedranath â€“ but also opening them for pilgrims during the winters when the four temples located at heights of over 13,000 ft in the Garhwal Himalays are closed because of heavy snow. 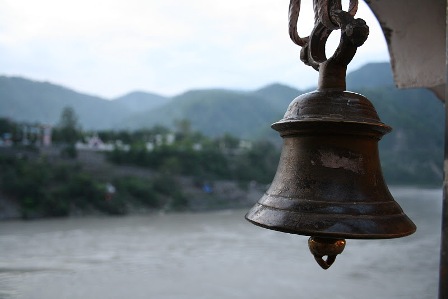 The doors of the shrines are normally closed in the middle of October, or even earlier depending upon an early or late snow, after opening in late April or early May as the roads and paths leading to the temples are cleared of snow.

When the doors of the shrines are closed the main deities remain in the sanctum sanctorum of the temples but their mirror images, also known as â€˜vigraha murtiâ€™ are brought down to lower heights so that they can be worshipped and ritual done every day.

The idol at the Yamnotri temple is brought down to Kharsali village which has been given the traditional name of Kushimath (math meaning temple), the idol of the deity at the Gangotri temple is brought down to Mukhba village also knows as Mukhimath, the idol of the Badrinath deity to Joshimath and idol of Kedarnath temple to Ukhimath, where the daily rituals and prayers are conducted.

Seeing the large number of pilgrims to these four major shrines despite the roads being in a bad shape and at times the visitors being stranded for days till the land slides are cleared or roads repaired, the Uttarakhand government is to open the winter abodes for the public.

It would be an opportunity for those pilgrims who cannot make it to the major temples at heights to worship the deities at convenient places lower down, which will mean less of traveling.