Jalandhar: Congress lawmaker Sukhpal Khaira along with his supporters courted arrest here while proceeding to the bus stand to disrupt services of buses belonging to Badal family. 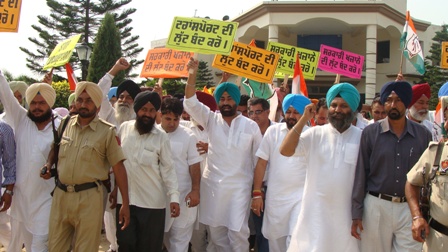 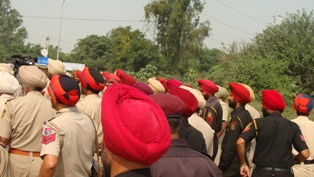 Before his arrest Khaira alleged that the entire transport trade had been taken over the Badalâ€™s family and small bus operators has allegedly been pushed out. He added that he would raise the issue in the Vidhan Sabha at the session that beings on Tuesday.