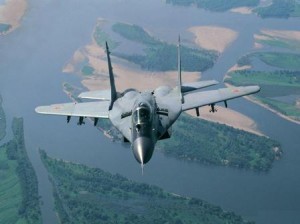 Shimla: The Indian Air Force (IAF) Saturday said it has identified the spot in the rocky mountains of Lahaul Valley in Himachal Pradesh where a MiG-29 jet crashed four days ago, but fresh snowfall in the area hampered the search operation.

“The crash spot has been zeroed in but overnight snowfall is hampering the search for the wreckage and the pilot,” an IAF official told Hill Post over phone from the spot.

He said the sappers have identified the crash site and located some more wreckage of the aircraft, but the snow has blanketed the area.

“Now, it will take double the effort to locate the main wreckage because the search parties have to first dig through the snow and then recover the parts of the jet,” he added.

Squadron Leader Priya Joshi, spokesperson for IAF’s Western Air Command, told IANS over phone from New Delhi that search operations were still on in the Chokhang hills to locate the entire combat aircraft and the pilot.

The IAF Friday matched some wreckage recovered by the villagers with the ill-fated MiG-29.

Lahaul and Spiti Deputy Commissioner Rajeev Shankar said some villages of Thirot, 40 km from Keylong town, have reported that they have spotted some burnt pieces of the aircraft in the Chokhang hills.

The villagers brought three parts and handed it over to IAF.

Chokhang villagers had reported immediately after the crash that they saw a fireball in the sky and heard a loud boom.

The pilot, who had taken off from Adampur near Jalandhar in Punjab Tuesday night, was on night flying training mission.

The entire mountain range in the valley is treacherous and the rocks cliffs are quite steep and gorges narrow.

Officials involved in the combing operations said now the search parties have to speed up the work as at this time of the year it starts snowing heavily in the higher reaches.

An IAF AN-12 aircraft with 102 defence personnel, including six crew members, crashed on the 17,400-feet-high Dakka glacier in the Chandrabhaga ranges in Lahaul and Spiti Feb 7, 1968. Only four bodies were recovered.