“The board granted approval to purchase land in district of Mehsana, Gujarat, for future expansion of manufacturing facilities,” the company said in a regulatory filling to the Bombay Stock Exchange. 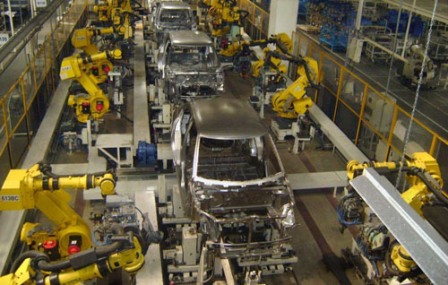 The decision comes in the wake of huge decline in the automobile giant’s second quarter net profit followed by labour unrest and the subsequent strikes at its Manesar facility in Haryana earlier this month.

The company reported a decline of 59.81 percent in its net profit for quarter ended Sep 30 due to labour unrest, sluggish market conditions, and high fuel and interest costs.

The company posted a net profit of Rs.240.44 crore for the quarter ended Sep 30 as compared to Rs.598.24 crore during the like period of the previous financial year, said the regulatory filing.

The company currently has two facilities — at Gurgaon and Manesar, both in Haryana — with a collective capacity to manufacture 1.2 million vehicles annually.

The company is among many automobile firms headed to Gujarat, including Ford, PSA Peugeot Citroen and supply chain vendors.