Shimla : Baijnath, a small temple town in the Kangra valley of Himachal Pradesh does not burn the effigy of demon king Ravana on Dussehra. Believers say burning Ravana will bring bad luck and the anger of the presiding deity Lord Shiva.

“There is also a myth that anybody from the town who participates in the effigy-burning ceremony will die an unnatural death. The fear of death is so strong that residents prefer to stay away from any kind of celebration,” he added. 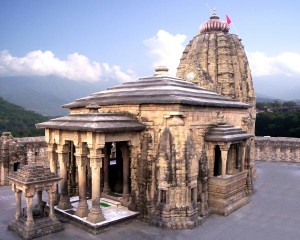 The markets in the town remain closed and people don’t even buy crackers and sweets on Dussehra.

B.D. Sharma, a priest at the 13th century Baijnath temple dedicated to Lord Shiva, said people here are so inspired by Ravana’s devotion to Shiva that they do not want to burn his effigy.

“The locals believe that burning Shiva’s effigy will bring bad luck,” he said.

Ramesh Sood, an elderly resident who was born and brought up in the town, said he has never celebrated Dussehra.

“Since our grandparents did not celebrate Dussehra, we are not celebrating either. Our children and grandchildren also follow the tradition,” he said.

Baijnath, located at 4,311 feet, is a small town located at the foothills of the scenic Dhauladhar mountain range of the Himalayas. The temple has seen uninterrupted worship since its construction in 1204 A.D.

The shrine is a beautiful example of the early medieval north Indian temple architecture known as Nagara style of architecture. It’s a protected monument maintained by the Archeological Survey of India.