Shimla: The only flight to this Himachal Pradesh tourist resort has been suspended till Oct 30, an official said here Tuesday. 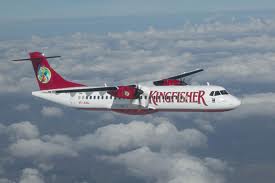 “Due to some technical reasons of Kingfisher, the daily flight between Delhi and Shimla has been suspended till Oct 30,” an airport official said.

The Kingfisher office here confirmed that it had cancelled its flight. However, the air traffic from Delhi to Dharamsala and Kullu was normal.

Kingfisher Airlines operates the only commercial air service to the Himachal capital.