Dehra Dun : Efforts are on to rehabilitate the cheetah in the country once again. The cat, known to be the fastest animal on land used to be extensively found in central and western India, but was killed in large numbers till it finally became extinct here, six decades ago.

Sources in the Wildlife Institute of India said that efforts were on for quite some time to rehabilitate the cheetah in its early natural habitat in western and central India and the project may finally become a reality now. 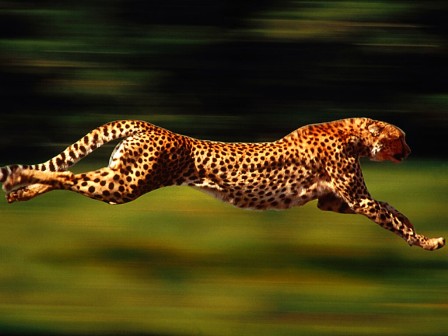 The Institute will be importing 18 cheetahs from Africa early next year and be leaving them in the wild so that they can rehabilitate themselves in their new environs.

They said that the union ministry of forest and environment had given a nod to the project and also sanctioned 5 lakh pounds for transshipment of the animals from Africa to the country.

The shipment is also a tedious process and has to be done very carefully so that the animals do not suffer any injury or jet lag, which could put a spanner on the rehabilitation programme.

Sources said that the cheetahs roamed extensively in the forests of western and central India in the twentieth century, but was shot extensively by hunters.

The last animal is said to have been killed by the Raja of Sarguja in a shoot in 1947 and thereafter the animal was not seen in the wild again, confirming fears that it had become extinct in the country.

They said that the cheetah is an important indicator of a balanced ecosystem, which was all the more necessary that it was rehabilitated in its earlier habitat.

Just like the snow leopard is an ecosystem indicator of the Himalayas and the dolphin of the Ganges river, likewise the cheetah is considered an important factor in the ecosystem of the grass lands of central and western India.