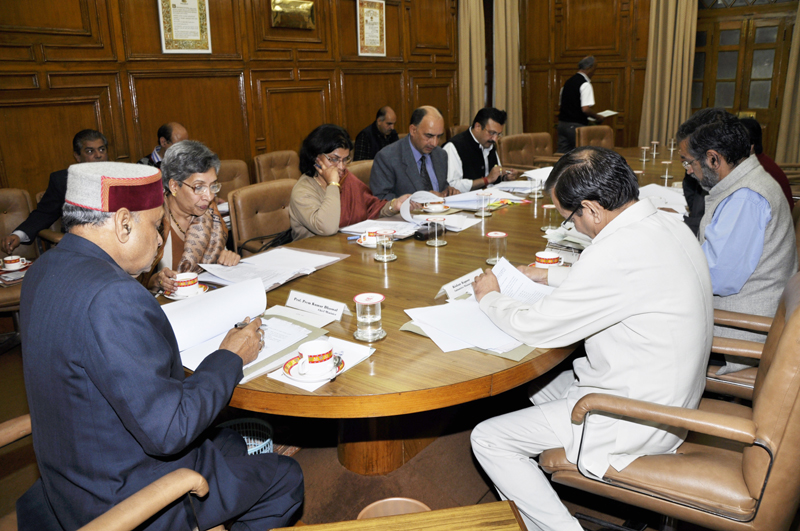 Shimla: The Himachal cabinet on Monday approved to extend an agreement for selling its share of power through Power Trading Corporation (PTC) for another year, decided to increase daily wages by Rs 10, decentralized power of the village common lands and approved rates for high security number plats for vehicles.

Presided over by chief minister Prem Kumar Dhumal, the cabinet authorized the power secretary to execute an agreement with PTC for selling the state share of free and equity power from all existing and upcoming projects till 31st October, 2012.

To speed up transfer of village common lands, the cabinet decided to decentralize power conferred under section 8-A of the Himachal Pradesh Village Common Lands Vesting and Utilization Act, 1974 and authorized deputy commissioners to change pool of land vested in the state government.

The new high security registration plates will be tamperproof and non-removable and can only be affixed by the approved manufacturer in the presence of registering authority. The scheme will be applicable to the new vehicles in the coming month and two years of grace period is allowed to old vehicles which are already registered, said a cabinet spokesman.

The cabinet upgraded the state level Renuka fair to an international one.

The cabinet relaxed section 27 of the Punjab Excise Act, 1914 as applicable to of Himachal Pradesh and decided to issue an ordinance which would enable owners of reputed liquor brands to bottle their produce within the state. This will generate additional employment besides enhancing the states revenue, said the cabinet spokesman.