Shimla: Hauling up the state government for not linking minimum wages to price index, the High Court was today informed by officials that a proposal to increase minimum wages from Rs 110 to Rs 120 was under consideration.

The judges also asked the state to file an affidavit that going by the price index, when compared to the minimum wages fixed in and around northern states whether the proposed Rs. 120 was a fair or reasonable wage.

Taking into account that HP Building & Other Construction Workers Welfare Board had collected Rs 88.25 Cr cess for welfare measures of workers in one year, registered 499 new establishments and 2013 beneficiaries but having extended benefits to just 3 people with the total amount involved at Rs 2200/- only, the court asked the board secretary to file an affidavit under oath about how many meeting had been held, what the expenditure involved were related to salary, remuneration and travel expenses of the chairman and board members. 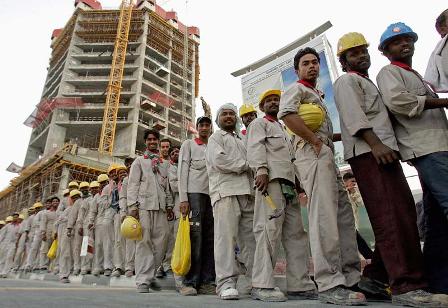 The court observed that state was not playing a proactive role in implementation of welfare schemes as was evident that of the lakhs of workers in the state only 2013 were registered as beneficiaries.

The court noted that labour officers had collected huge amounts but had failed to register labourers under the welfare schemes.

The court was informed that there were 12 labour officers and 26 labour inspectors in thes state. The board had one vehicle for the labour commissioner, one for the board chairman of welfare board and 2 vehicles stationed at the headquarters.

In all there were 4108 factories and 66,827 shops and commercial establishments registered in the state, the court was informed.