Shimla : One of Indiaâ€™s oldest and most scenic golf courses at Naldehra on the outskirts of Shimla was the venue on Sunday for the first Chalets Naldehra golf tournament attracting the best golfers from Shimla and across Himachal Pradesh.

Much to the relief of the organisers the end of the monsoon coincided with the tournament which was played for the entire day Sunday with the sun out in in all its glory. 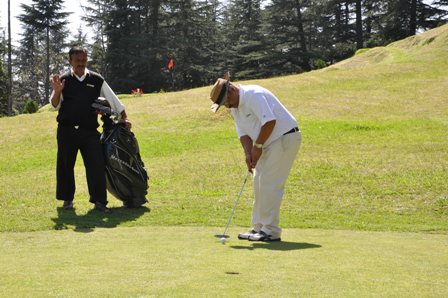 The tournament was played on the stroke play format instead of the stable ford format at the historic golf course.

There was an early tee-off for the first group of players and the second tee-off was after an early lunch.

Shimlaâ€™s leading golfers including the GOC-in-C of the army training command. General Surender Nath took part in the meet.Other players were senior army,civil and police officials, and leading citizens of the hill station. 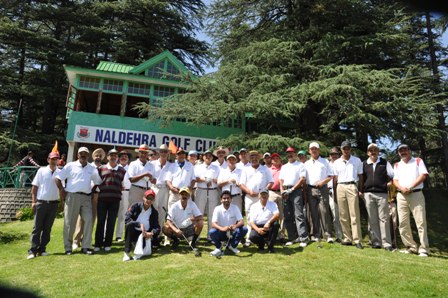 The prizes and gifts were given away in the evening at the Chalets Naldehra by Justice Deepak Gupta of the HP high court.

â€œSeeing the success of the tournament this year, we plan to organise this event every year now,â€ Amish Sud, director, Chalets Naldehra told the Hill Post.

The Naldehra golf course was earlier a 9 hole course and was expanded to 18 holes,further expansion has been planned to make it at par with the best in the country,say organisers.

In 1905 the charismatic viceroy of India Lord Curzon became so captivated by the scenic beauty of Naldehra that he built this golf course and often visited the place.He even named his daughter Naldehra.