Shimla: With tension over the indefinite fast by Anna Hazare persisting in Delhi, 35 of his supporters here court arrested on Thursday. Later in the day they were released.

Thirty five (35) protesters supporting the demand of Anna Hazare for a strong Lokpal Bill were court arrested, earlier in the day, a police official here said. 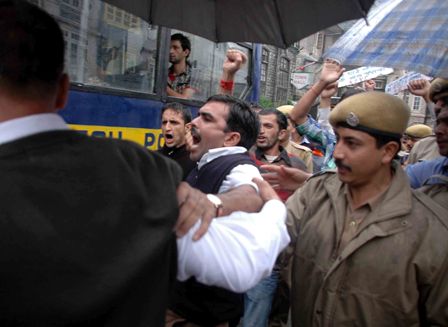 Peaceful demonstrations including candlelight marches in support of Annaâ€™s cause being held at Solan, Una, Kangra, Manali, Dharamshala, Bilaspur, Chamba and Hamirpur have been reported.

In Karsog town of Mandi, a large gathering held a protest over purported remarks by union steel minister Virbhadra Singh for terming Annaâ€™s fast as a â€˜Madari Ka Khelâ€™ who has the ability to attract 50,000 people by playing the â€˜damruâ€™. 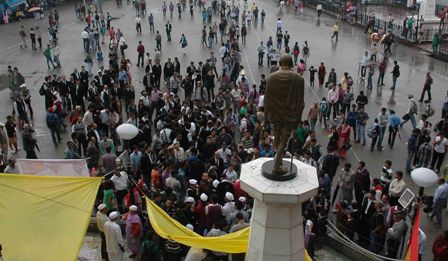 With the Mahatma Gandhiâ€™s statue on The Ridge becoming the rallying point for registering protests in support of Anna, a fast there by 67 year old Laxmi Chand Thakur entered the 9th day.

In Mandi, Desh Raj Sharma, a former engineer of PWD department has been fasting for 9 days. Sharma was forcibly administered glucose in hospital on 22 August but he escaped from there on Thursday and joined the protest rally again.