Govt moves for adopting a lion pair from Karnataka

Shimla: Death of a lioness at Renukaji Lion Safari has brought down the number of Asiatic lions in the safari to a critical lonely couple, in an enclosure that once boasted about two dozen of them.

Wildlife warden Sushil Kapta said that Megha, an 11 year old lioness, died of uterus cancer a few days ago. â€œA lot of effort was made to try and save the majestic animal; the best veterinarian available in the state was requisitioned but the lioness could not be saved,â€ he said.

To make up for the diminished numbers, Kapta says, the wildlife department has written to Bannerghatta Biological Park in Karnataka for adding at least a pair at the Renuka safari. The Karnataka park which has two spare lion pairs of Asiatic lions available for adoption. 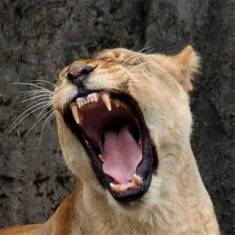 Starting out with a pair of lions brought over from Junagarh in the 1970â€™s, the population at Renuka at one point had swelled to about 28 which made the government confer the status of a lion safari in 1986.
Problems of inbreeding crept leading to genetic diseases, says the wild life warden. After several lions died between 1996 and 2000, CZA asked for totally stopping all captive breeding programs and since then the population has been on the decline.

Sources claimed that in April, last year, the Renuka wild life officials had shifted two lioness and one lion to Gopalpur and Chhatbir Zooâ€™s, on recommendation from the Central Zoo Authority (CZA).

While inbreeding remains a bane of all captive lion populations in the countryâ€™s zooâ€™s, the population of Asiatic lionâ€™s at the Gir National Park in Gujarat is a healthy 411, which includes 97 males, 62 females and 52 cubs recorded in the 2010 census.