Shimla: Prime ministers, actors, artists, writers and several others have been bitten by the scenic beauty of Kullu-Manali, with some eventually settling down in the valley while others drawing solace by returning year after year to its environs.

Latest to join the bandwagon is action hero Sunny Deol. So smitten is he with the locale that over the weekend the actor drove down from Manali to Jogindernagar in Mandi district to lay bare a proposal about setting up a film city before revenue minister Gulab Singh Thakur, who was camping there. 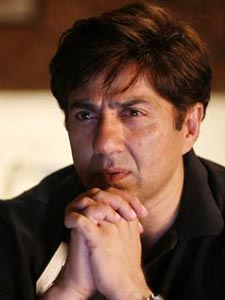 Confirming the impromptu meeting with the actor, Gulab Singh said that the government would facilitate him in setting up the project.

Recalling childhood memories, the minister disclosed, the actor said that he had been visiting the state since he was a child with his parents who would often visit Himachal for film shooting schedules.

Since Kullu-Manali invariably attracts many film directors to shoot here, logistics of moving equipments, arranging for accommodation and other infrastructure requirements could be met should a film city be set up; the actor let the minister know while putting forth a proposal to set up one.

Gulab Singh said, â€œThe government would be too happy with such a project coming up in the state.â€

Sunny was asked to firm up plans with a detailed project report, spell out amount of land required and should government land free of encumbrances be available â€“ it too could be considered and the amount of investment proposed in setting up a film city, said the minister. 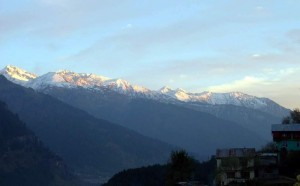 The actor of assured of placing the matter before the state cabinet, when the necessary pre-requisites were met, he added.

The destination has been equally popular with Bollywood stars and directors, who contribute much towards popularizing the place by shooting in the valley.

Keen to set up a â€˜Film Cityâ€™ in the state, the Himachal government in October, 2010 at an investors meet in Delhi had even solicited for such a proposal.

When contacted, director tourism Arun Sharma said, the government was keen to set up a film city in the state even in a private public partnership basis and should Sunny Deol be keen, the feasibility could be explored.â€