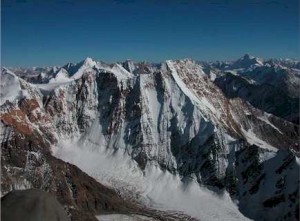 Lahaul-Spiti district located in the north-east of Himachal Pradesh is not so well known in the context of Himachal Pradesh in general, and in the context of tourism, in particular. It is home to one of the most enchanting spread of landscapes, natural beauty, adversity of living conditions, hostility of extreme climatic conditions and indomitable people who have made it their home.

It is one of the twelve districts of the State of Himachal Pradesh and is an entirely tribal district. It is a scheduled area under Schedule V to the Constitution of India and enjoys a special status in terms of prevention of land alienation, ethnic and cultural identity and sharpened developmental focus.

Lahaul-Spiti has a geographical area of 13,835 square kilometres which is 24.85 per cent of the total area of Himachal Pradesh or say, a quarter of the State’s area is commanded by this district. This is the BIGGEST DISTRICT by geographical area in the State. On geographical area considerations, it is the 17th largest district in India. Districts having larger area than Lahaul-Spiti in descending order are Kachch, Leh, Jaisalmer, Barmer, Bikaner, Jodhpur, Nagaur, Dantewara, Churu, Sarguja, Pune, Nashik, Solapur, Garhchirauli, Jamnagar and Kargil. Most of these districts are characterized by poverty, difficult living conditions and to a certain extent by preponderance of tribal population.

It comprises of two geographical sub-divisions namely, Lahaul and Spiti and these are separated by a 14,950 feet high Kunzam pass. Access to Lahaul from the mainland Himachal Pradesh is through the Kullu valley over the 13,050 feet high Rohtang pass. Like Lahaul remains cut off for 6 to 7 months due to snowbound Rohtang pass from Kullu Valley, Spiti remains cut off for an identical or a little longer than that time from Lahaul due to Kunzam pass. Access to the Spiti sub-division is comparatively easier through Kinnaur district which can remain open throughout the year. Lahaul sub-division can also be accessed through the Chenab upstream from the Kishtwar area of Jammu with the same level of difficulty as Spiti through Kinnaur. The State Government has also put in place air connectivity through the State run subsidized services during the winters to remove the sense of isolation for the local population as well as the employees.

The population of the district comprises only 0.46 per cent of the total population of the State according to the 2011 census. Its area is about a quartet of the State’s area and thus it has a population density of only 2 persons per square kilometre against 109 for the State. It, therefore, is the MOST SPARSELY POPULATED district of the State. The total number of villages is 287 as against 17,495 for Himachal Pradesh comprising 1.6 per cent of the total villages. High altitude dry desert conditions characterize the area. Coupled with constraints in the nature of severe geographical, topographic, climatic extremes and most sparse nature of the population habitations, these areas pose the most difficult challenge for development. These constraints also push the development costs per unit for any sector sky high and make these costs nearly unbelievable for development professionals and can only be appreciated by actually visiting the area.

Nothing, not even a blade of grass would grow without assured irrigation. The village settlements are supported by the community owned and run kuhls (irrigation channels). Entire area under plough is irrigated and has a single cropping cultivation. The State percentage of irrigated area is about 20 per cent. The district, thus possesses the HIGHEST IRRIGATION INTENSITY FOR THE AREA UNDER THE PLOUGH in the State Over time Lahaul has evolved into a very prosperous and diversified farm economy whereas Spiti has continued to remain comparatively poor due to harsher conditions for all forms of life, though one notices winds of change for the better lately. These areas are entirely rural in character and physically remote and thus do not possess strong possibilities for diversification of economy to manufacturing and tertiary activities. Yet the district of Lahaul-Spiti has the HIGHEST PER CAPITA INCOME in the State among all the districts. According to the 2005-06 data, the per capita income of Himachal Pradesh stood at Rs. 33819 whereas the corresponding figure for the district of Lahaul-Spiti was Rs. 73195. Though the estimates are not available officially, it is felt that the per capita income for Lahaul for that year would be over Rs. one lakh. Despite this fact of life, the paradox of Lahaul-Spiti is that it has the HIGHEST INCIDENCE OF POVERTY according to the figures released by the State Government for the 2002-07 survey. Against the State poverty estimate of 23.87 per cent of the total families living below poverty line, the figure for Lahaul-Spiti is a stunning 43.50 per cent of the total families. It raises a question. Philosophically speaking, high per capita incomes and high poverty incidence should not co-exist. Either the per capita income data is faulted which it can not be because the methodology for all the districts is common, or the poverty estimates are politically or bureaucratically driven. This is an issue which the State government should investigate and put the house in order.

The incidence of social security coverage of the old, widows, infirm etc, is another indicator about the wellness of the population. According to the latest available data, various social security schemes covered 3.68 per cent of the State’s total population. Even this coverage is extremely high considering the population in the age group and other concomitant parameters. For Lahaul-Spiti, the corresponding figure is 6.15 per cent. It has the HIGHEST COVERAGE OF SOCIAL SECURITY PENSIONS in the State. This is astounding. Are the incomes so conspicuously distributed and skewed that the distribution leaves nearly half of the population below poverty line and nearly double the proportion of people falling in the basket of the State doles of social security. All this has come about despite the tall claims of a special tribal sub-plan having been implemented for these areas for nearly four decades.