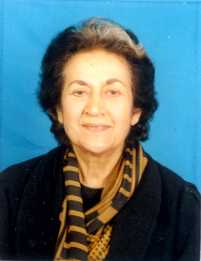 Shimla: Having abstained from hearing out the chief ministerâ€™s reply to the motion of thanks on the Governorâ€™s address, opposition congress members told the media that they did so in protest as their voice was being throttled in the house.

Speaking to the media in the oppositionâ€™s chamber, congress president Kaul Singh Thakur said that the house business for the day was listed till 5 p.m. but it ended rather early at 1 p.m. simply because the chief minister had scheduled his reply to 12 p.m.

He added that the opposition had asked for time to allow 4 speakers to speak on the motion today and the chief minister could respond to later in the afternoon but it was turned down. â€œWe had no option but to walk out in protest,â€ he said.

Calling the chief minister response as lack luster, leader of the opposition Vidya Stokes said that the government feared that other corruption matters would be raised and thus refused to allow opposition members to speak on the motion.

Kaul Singh said that a case of handing over 6 eco-tourism sites in demarcated protected forest (DPF) areas to one Garuv Jain, a RSS backed businessman from Pune without inviting open tenders hand come to light.

He also alleged that liquor and forest mafia was active in the state and the government was being selective in dealing with such offences. He pointed out incidents of police having hushed up cases involving illegal trade of liquor in Hamirpur district and of timber mafia activity in Mandi district which included felling of many trees for making a road to one ministers orchard.