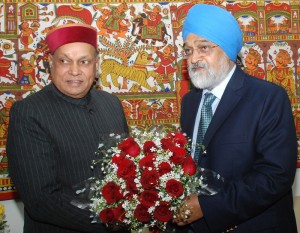 Initiating the discussions, chief minister apprised that social service sector with an outlay of 29.26% of the total plan has been accorded top priority. The state would strive to further improve its indicators in the education and health sectors, he said.

Transport and communication sectors had been accorded second priority with allocation of 19.26% of the plan size. With hydropower potential being eyed as an important resource, energy sector has the third largest allocation in the plan.

Dhumal said that agriculture and allied activities had also been given added priority. The proposed allocation for agriculture was 11.94% of the total plan, which was almost the double of the national average.