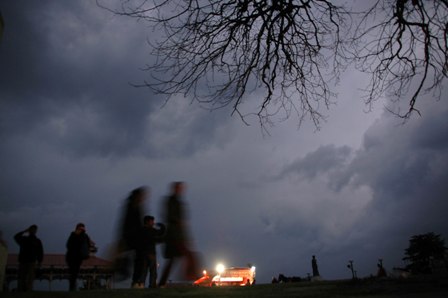 Shimla: Strong gales lashed the city and the region in the afternoon, damaging some rooftops, windows and even did leave some injured as they were passing through crowded bazaars.

These are unusual winds for February, said Deepak Sud, an old time resident. â€œNormally we would get such winds March, he added.

People out shopping for their daily needs in the crowded Lower Bazar were dodging flying objects which included tinned sheets flying off rooftops or windows coming crashing down. Some people even sustained injuries because of the flying objects striking people on the streets and bazaars.

Meteorological director Manmohan Singh said that there was a low pressure centered over Jammu & Kashmir and the strong winds were due to the pressure gradient over Himachal Pradesh.

On Tuesday, the western disturbance would move in a north easterly direction in to Tibet, reducing the impact in the city, he said.