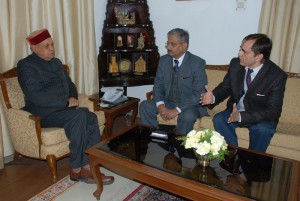 After holding a meeting with ABL Srivastava, CMD of NHPC, the chief minister said that the proposed college would be a joint venture of National Hydro Power Corp (NHPC), National Thermal Power Corp (NTPC) and SJVN.

The technical institute would offer 5 courses in hydro-engineering and would have an intake of 300 students. The courses would be designed by competent and skilled hydro power engineers, he added.

NHPC, NTPC and SJVNL were major power producing public sector companies in Himchal who have been allotted high capacity projects for execution. The chief minister asked NHPC to speed up work on Parbati Projects in Kullu district and Chamera Project in Chamba district so that generation could start early.